CLIA Australasia Managing Director Joel Katz welcomed attendees, highlighting the major growth opportunities ahead for the global cruise sector which by the end of the next decade will be carrying as many as 45 million passengers every year. And while those figures are impressive, he noted that cruising is still less than 1% of global shipping, and “just a blip” in worldwide tourism numbers. “But the visible nature of cruise ships means their presence in world tourism is often overstated and often makes us a target for criticism. 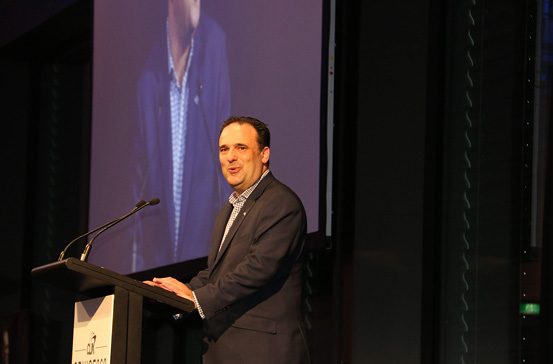 “Not only is our industry able to deliver considerable benefit, we are also taking real and important steps towards reducing our impact in a whole range of areas, so our challenge is to become better at both advancing our initiatives and making them known to the wider community,” Katz said. He cited the latest CLIA economic impact data which showed that collectively the cruise industry generates a whopping US$134 billion in total annual spending “which benefits local destinations across the globe”.

His comments were backed by Carnival Australia President and CEO, Sture Myrmell, who spoke about a recent survey which found four out of five cruise passengers had booked through travel agents. Moreover, those who did book via a travel advisor reported significantly higher levels of satisfaction. “Cruise specialist travel agents are trained to match the customer with the best cruise experience,” he said, highlighting the key role of consultants in the cruise sales process. 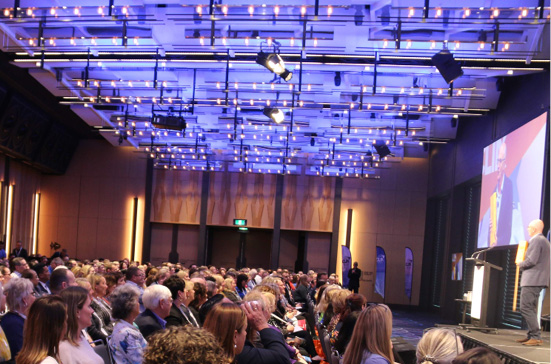 CLIA Chairman Adam Goldstein told travelBulletin his attendance at Cruise360 had been preceded by visits to authorities in Sydney, Brisbane, Melbourne and Auckland, during which he had highlighted the ongoing contribution of cruising and urged ongoing infrastructure development. It’s now more than a decade since he first began lobbying authorities in NSW about expanded berthing facilities, and expressed quiet confidence that things may be finally moving in the right direction. “In the early phases we painted a picture of what was forthcoming, which was ‘no room at the inn’,” he said. “When we have these conversations now I am more hopeful, because we don’t have to be speculative any more — there literally is no room at the inn in Sydney.

“The question is, can this immensely capable country, with a huge seafaring tradition and, on the metric of market penetration ‘the unofficial world champions of cruising,’ build a second berth on the ocean side of the Sydney Harbour Bridge. To me — I know I’m an American — but to me, it just seems possible,” he said.