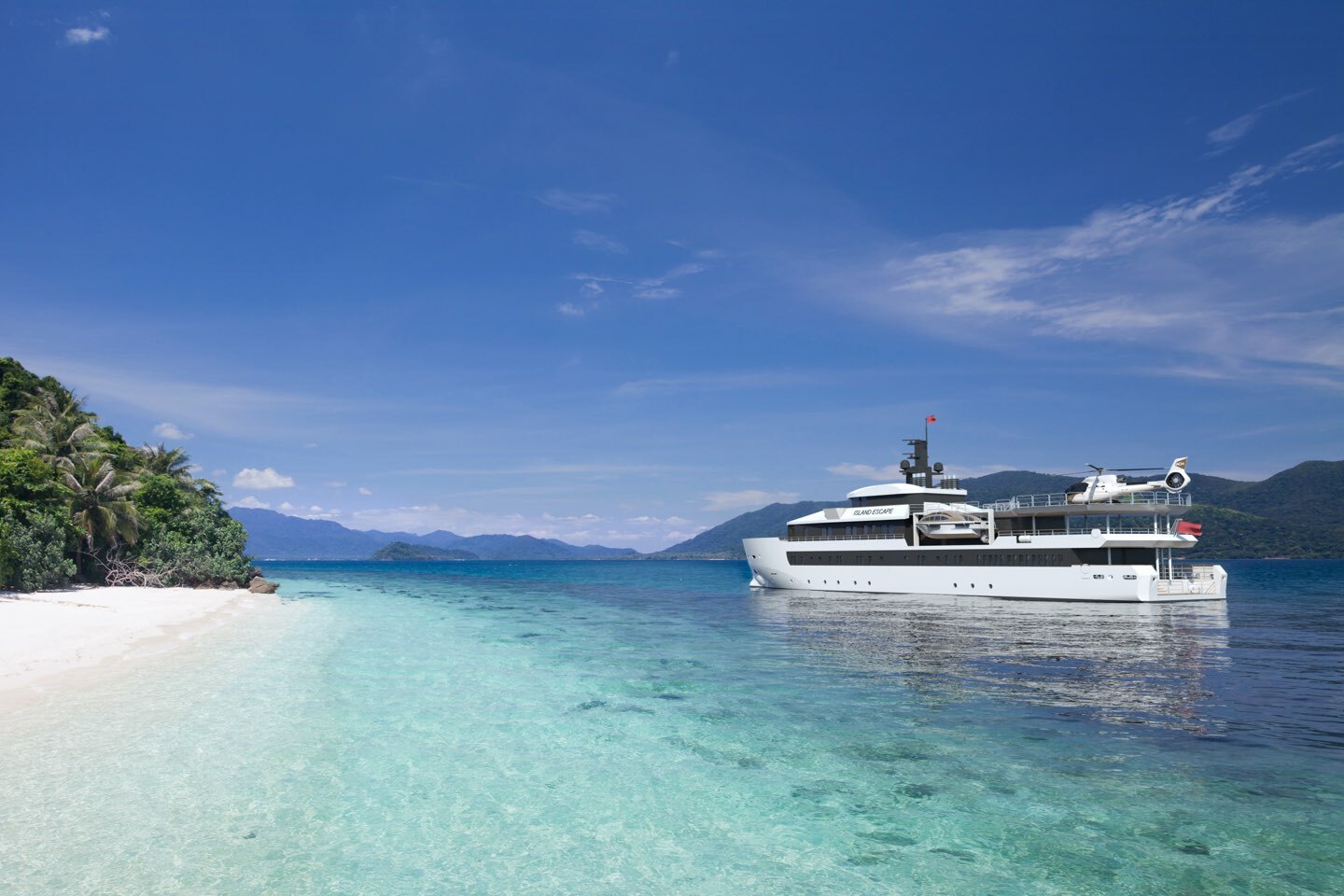 A significant shadow hangs over the current Kimberley season of NZ-based Island Escape Cruises, which has already cancelled three departures but is "aiming to resume normal operation from 10th August".

THE luxury small ship operator is using its new 32-passenger Island Escape on the Broome-based itineraries, but feedback from customers on its social media pages indicate that some passengers have been somewhat disappointed – not least those on the 03 July departure which appears to have been cancelled with just a few hour’s notice.

Since then voyages scheduled for 16 July and 28 July have also been postponed, while former CEO Peter Bissett has confirmed his departure at the beginning of the month. The cruise line is 99.9% owned by a Norwegian-based company called Cavima Invest AS which is controlled by Ole Kristian Sperre, who is also a director of Island Escape Cruises. Another director, Erik Helseth has now taken over as CEO, while the third director listed in NZ company records is Auckland-based Christina Riisnes, who told travelBulletin she resigned a month ago.

Helseth has assured passengers disrupted by the cancellations that they will receive full refunds, and told travelBulletin “we are working day and night to resume operation”.

“All guests on cancelled cruises have been informed that they will receive refunds of tickets, but due to a lack of staff and a huge effort to resume operations, this unfortunately takes longer than we hoped for,” he said.

“We are in the final stages of solving the issues and hope to be able to share the good news with the industry very soon and to come back stronger than before,” Helseth added.

Emails to guests told them the cessation of operations had been caused by “a combination of practical and administrative challenges” which had caused a severe and abrupt disruption to the business. Helseth also confirmed to passengers that Island Escape had been unable to inform travel agents of the cancellations any earlier, “so they are not to be blamed”.

The company continues to promote Kimberley departures, with its websit listing limited availability on two 12-night voyages on 22 August and 04 September priced from NZ$14,950 per person.

Despite the issues, Helseth was optimistic about future deployments for Island Escape, telling travelBulletin “our new itineraries in the Pacific next year have been very well received, along with our Ultimate Fjordland voyages”.