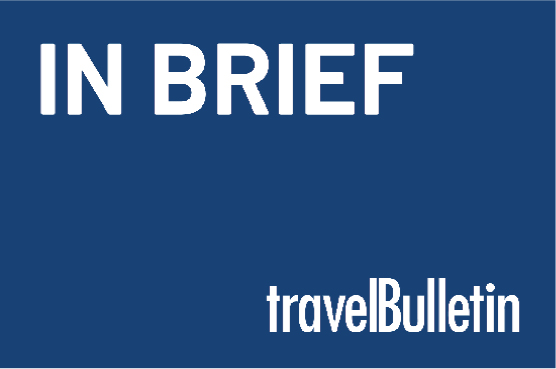 IN BRIEF: Catch up on the news from April

HELLOWORLD Travel Limited has pointed to strong demand and increases in sales following the reopening of borders and the easing of restrictions, but has nevertheless reported a 21% decline in the number of its retail outlets in Australia across the branded, associate and affiliate networks – from 1,323 in Mar 2020 to 1,039 in March this year.
That was partly offset by an uplift in home-based businesses, which grew by 25% to 714. Across the Tasman the total size of the Helloworld network has declined by about 30%, with bricks and mortar outlets halving from 210 to just 104 over the last two years, while NZ home-based agency numbers also declined by 26% to 213.
The company recorded a 60% increase in Total Transaction Value for the March 2022 quarter of $419 million, with that figure including TTV related to the company’s corporate businesses which were sold to Corporate Travel Management on 31 March.
Based on booking levels across the first quarter of 2022 “we expect a rapid improvement in revenues across the coming months,” the company predicted.

Project Sunrise is a go

ALAN Joyce’s cherished ambition to launch non-stop flights between Sydney and London looks likely to come to fruition, with the airline confirming an order for ultra long-range Airbus A350-1000s to operate the route.
With the ability to also fly non-stop to New York from both Sydney and Melbourne, the aircraft are likely to be a game-changer, with the decision likely driven by strong demand and yields on QF’s direct flights to the UK via Perth and Darwin.
The game-changing order has come alongside a huge plan for overall fleet renewal, with Airbus A320s and A220s to become the backbone of its domestic fleet over the next two decades.

Fox in the henhouse

THE appointment of the highly respected Debra Fox to lead Abercrombie & Kent’s outbound touring business in Australia is certain to have ruffled feathers among some of the company’s competitors. Fox, who was made redundant from her longstanding 2IC role at APT Travel Group about 18 months ago, is highly experienced and with the strong platform afforded by A&K’s global DMC operations is likely to be able to significantly boost the company’s market share at the expense of other players.
Kerry Golds, A&K Group MD for UK and Australia, said the was delighted to welcome Fox to the team. “Deb brings with her an enviable record of leadership, business growth and organisational success. I look forward to working closely with her to ensure the continued growth of A&K Australia”.

The Australian Competition and Consumer Commission has outlined a series of “preliminary competition concerns” about the proposed merger between listed motorhome rental operators THL and Apollo, saying the acquisition will remove THL’s closest and largest competitor for motorised RV rentals in Australia. Both companies are significantly bigger than any other operators, with industry responses sought by the ACCC confirming that other RV rental suppliers lack the scale to replace the competition lost through the deal.
“As a result of market feedback so far, we are concerned that consumers may end up paying more to rent RVs, or receive lower quality and service, as a result of the proposed acquisition,” said ACCC Commissioner, Stephen Ridgeway. Similar misgivings were expressed by the NZ Commerce Commission, with both regulators now seeking further submissions from the companies and other interested parties.
Final decisions on the merger are expected to be made by 30 June.

AUSTRALIAN travel technology innovator eRoam is likely to gain huge global exposure through a new partnership with Sabre. eRoam has become a so-called Gold-Level Developer Partner as part of the Sabre ecosystem, which allows Sabre-connected travel agencies, tour operators and DMCs to find solutions which support their specific business needs.
“Through the partnership, eRoam is broadening Sabre’s partner ecosystem by providing an AI-enabled leisure travel platform to Sabre’s network,” the companies said. eRoam’s platform enables agencies to create their own tailor-made packages quickly and efficiently, at the same time identifying additional tour and activity add-ons. Martin Cowley, eRoam Chairman, said the next-generation solution would enable Sabre-connected agencies to “create a compelling traveller experience helping to position them for growth”.

DELTA Air Lines has confirmed plans to link with Regional Express, with the carriers signing a Letter of Intent indicating they expect to begin providing reciprocal interline ticketing and baggage services during the third quarter of 2022.
The move will provide a new Australian partner for DL, which has been displaced by United Airlines in a new agreement Virgin Australia. The airlines said Rex passengers would be able to connect seamlessly on Delta’s daily non-stop flights between Sydney and Los Angeles, and then onwards to almost 50 destinations across the US.
Delta also plans to lift its trans-Pacific frequencies to 10 weekly from 18 December.