Keep your eyes up in Malaysia’s capital. The National Mosque looks like a rocket launch pad, government offices resemble a castle created by a mad German prince, and the Railway Headquarters are a mixture of Moorish, Gothic and Greek. The ultra-modern Petronas Twin Towers are joined halfway up by a skywalk seemingly fragile as a spider’s web. Architecture apart, KL has a lively rooftop bar scene, gleaming shopping malls and jam-packed street markets, plus a colourful Chinatown and Little India. On the northern outskirts, Batu Caves house an important Hindu site noted for its annual Thaipusam festival in January or February.

Malaysia’s recently planned administrative capital is the Dubai (or perhaps Canberra) of the tropics, conveniently located halfway between Kuala Lumpur and its international airport, and providing a glimpse into Malaysia’s aspirations. Striking buildings, bridges and mosques line an artificial lake amid beautiful landscaping in the city centre. A highlight is the pink Putra Mosque, with a gorgeous dome and one of the world’s tallest minarets. Hilly Putra Perdana Park provides a good panorama, as does a boat ride. Putrajaya also puts on a string of special events such as major sporting competitions and garden, fireworks and hot-air-balloon festivals.

Those who want to escape the heat and humidity of lowland Malaysia can head to the hills, and there’s no better retreat than this highland station established by the British, with its pretty colonial-style hotels, cottage gardens blooming with poinsettias and roses, and commercial flower nurseries popping with colour. With elevations over 1,300 metres (and reaching 1,829 metres) the air is cool and the scenery splendid, encompassing forested hills, waterfalls and distant blue peaks. The highlands are crisscrossed with good trekking trails. Serried rows of tea plantations are interesting to visit, not least for British-style afternoon teas with terrace views and cooling breezes.

The rugged, jungle-covered hillsides of Langkawi in northeast Malaysia provide sweeping views over the turquoise Andaman Sea all the way to Thailand. Though the holiday destination has fine luxury resorts that are just the place for a week’s R&R, development is low-key, leaving much of island to lush waterfall-studded rainforest and offshore marine parks such as Pulau Payar, noted for their karst outcrops, coral and shoals of scintillating tropical fish. Langkawi is also a sailing hub; charter a catamaran or yacht to explore the archipelago. On land, Mt Machincang’s cable car and the summit Skybridge provide dazzling views for those with a head for heights.

Melaka (Malacca) is Malaysia’s most historic town, founded as one of the country’s earliest sultanates, then taken over by the Portuguese in 1511. You can see the ruins of the Portuguese fort and church, as well as the elegant pink town hall and bright-red church of the Dutch who followed. Many surviving townhouses, painted in pastel colours, date from the British era, which started in 1811. This trading city is also influenced by Chinese, Indian and Indonesian culture, and as a result provides some of Malaysia’s best fusion food. The compelling Baba and Nonya Heritage Museum showcases Chinese-Malay fusion culture of the late-nineteenth century.

Wild, rugged Sabah is a great destination for adventurous families seeking white-water rafting on the Padas River, snorkelling on coral reefs, or exploring islands off the capital Kota Kinabalu, such as Gaya Island for varied hiking along nature trails. Very experienced hikers tackle the ascent of 4,095-metre Mt Kinabalu through rainforests full of orchids and rhododendrons. The less active can soak in nearby Porong Hot Springs, visit a butterfly farm or walk to Kipungit Waterfall. Orang-utans are a prime reason for visiting Sabah, with Sepilok Orang-utan Centre just outside Sandakan a must-see for the antics of these adorable but endangered creatures.

The capital of the island state of Penang was founded by the British in 1786 and is full of Georgian and Victorian buildings. The most magnificent sight, though, is Khoo Kongsi, a Chinese clan house in a riot of gold leaf, painting and snaking dragons. Outside town, the giant Goddess of Mercy Temple is the biggest Buddhist complex in Malaysia, the crowning glory of which is a tall pagoda on the hillside. You could spend a year counting the Buddhas in this place; there are 10,000 in the pagoda alone. Ride the funicular up Penang Hill for glorious views and rainforest walks. 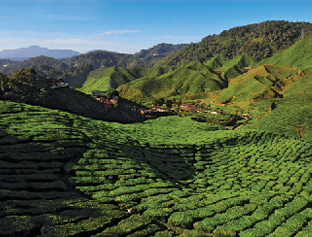 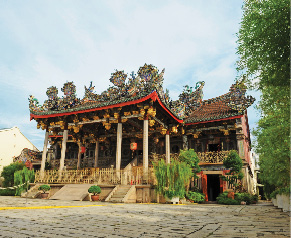 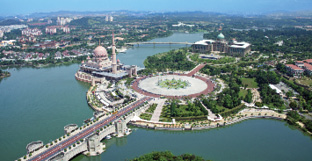 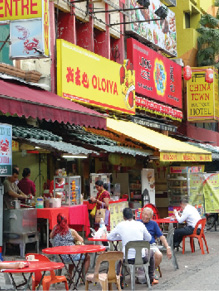 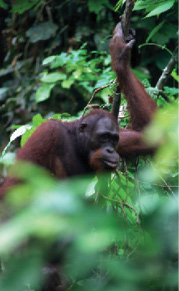 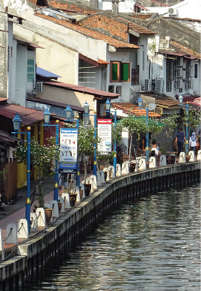