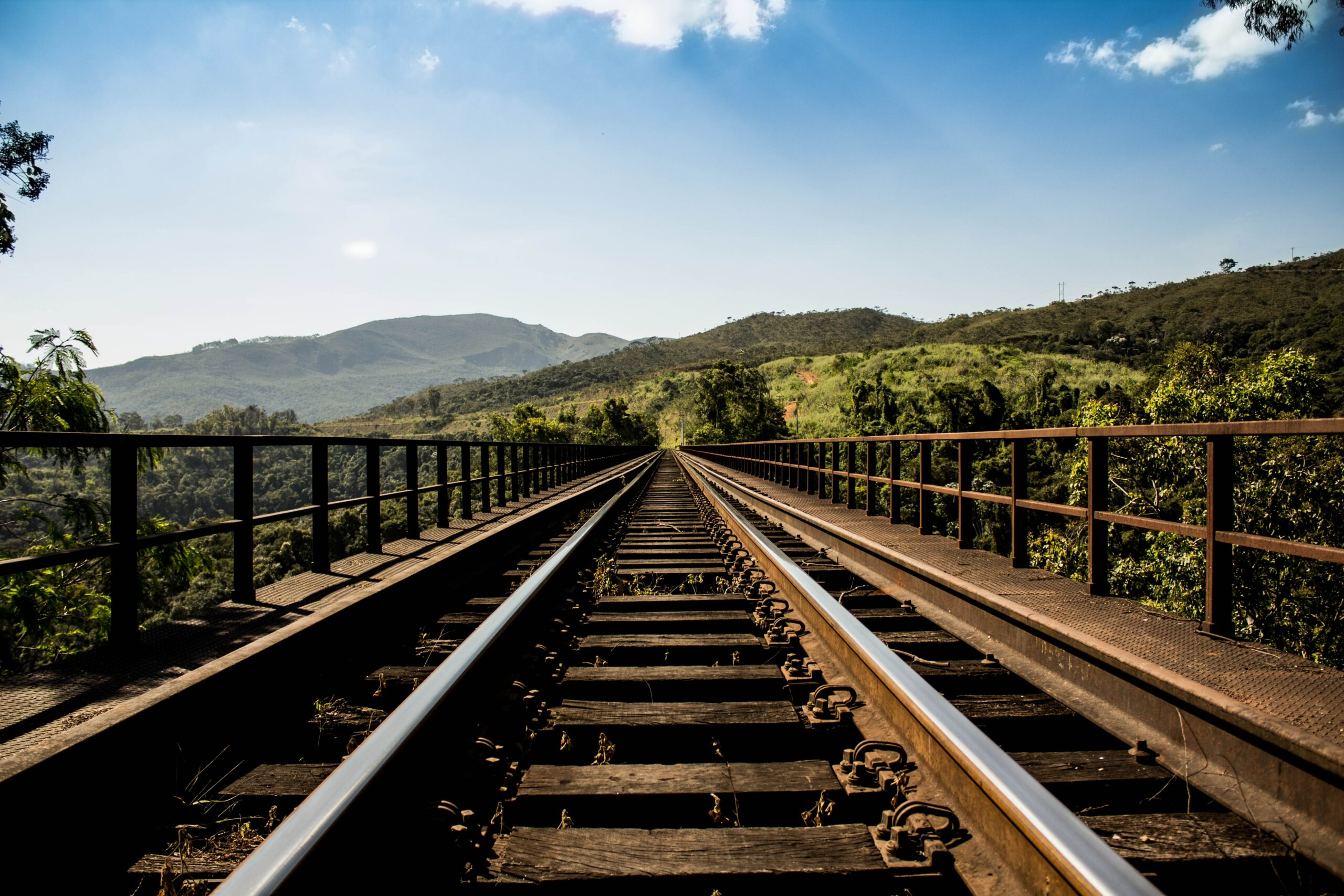 Rail is on track for a bright future

Agents are reporting clients are choosing rail in droves, all looking to evolve the part of their trip once known as “getting from A to B”. MYLES STEDMAN investigates.

RAIL travel looks set to be one of the fastest rebounding sectors in the travel industry, with wholesalers and travel advisors reporting increasing levels of enquiries about train trips – and no wonder, given the charm and convenience of rail, along with its environmental credentials, not to mention the widely reported chaos currently being experienced with aviation across the globe.

Nobody is calling Amtrak Vacations looking to book their entire holiday, nor are travellers busting down the doors at Railbookers to handle every aspect of their vacation. That is according to the President & Chief Executive Officer of their parent company, Frank Marini. No – the Railbookers Group chief insists his clients are interested in other things. “No-one calls us looking for just a rail trip,” he told travelBulletin. “Usually it’s logistical, or ‘I want that flexibility’, Marini said. “We mean something different to every single customer. Some we’re connecting places, some they’re doing a trip before a trip, so rail is a component of it, but rail is a component that makes every customer smile.”

For whatever reason his clients are choosing rail – and they are choosing it, in droves – they are all looking to evolve the part of their trip once known as “getting from A to B”.

“They’re looking at it more to continue the travel experience,” Marini explained. “People may not really want to drive, or may not want to take a coach tour, and they like the independence of rail. The flight experience is not really an experience, per se, but the train is an experience. Having a glass of wine on the train, looking at beautiful vistas as you’re going by that you may not otherwise see, the journey on a train begins the second you step on board.”

All these reasons go into making rail one of the fastest-growing and most quickly rebounding sectors in the travel industry. “We have seen growth, and now we’re coming out of the COVID period and borders are reopening, we expect the market to actually rebound quite strongly,” Rail.Online founder & Chief Executive Officer James Dunne explained to travelBulletin. Having established, and solicited funding for his company, all during the COVID-19 pandemic, Dunne believes the sector, particularly high-speed rail, is on the precipice of a boom period. “Once people see the benefits of high-speed rail, and the fact that governments, particularly in Europe, are putting so many resources into expanding their high-speed rail, it’ll just be more habit in the future.”

Building into the growing take-up of rail globally is the environment. Major airports and airlines are seen as heavy polluters, whereas trains often run on renewable energy, and electric trains produce no local pollution in urban areas at any rate.

“More and more the whole environmental sustainability approach is becoming more relevant and is really playing into a larger part of the consumer purchasing cycle… I don’t think we’ve quite got to that level in Australia”, Rail Europe General Manager Business Asia Pacific Richard Leonard told travelBulletin.

They have in Europe though – France is looking at removing air services between two destinations where there is a comparable high-speed train. The European Union has also made an ambitious goal of doubling high-speed rail by 2030 – “which is already from a fairly high base,” Dunne added. He believes the benefits, many and varied, all lead to one big positive for the traveller: more time enjoying their holiday.

“In the case of the Eurostar, you’re going from city centre to city centre, and often in major cities, the airport is on the outskirts of the cities; arriving there is one thing, but then getting to your destination is another thing entirely, so that’s where we think the appeal is actually quite good,” Dunne said. Rail involves less boarding infrastructure, such as check-in, baggage handling, security, and boarding procedures – all of which also increase the cost of air travel. Rail is also less weather-dependent than air travel, and all of these factors mean less delays. With around 500 major stations in the United States, and around 26,000 stations in Europe, rail can also accommodate intermediate stops. This proliferation of rail will have a range of benefits to travellers, even those who are not yet converts, these experts believe.

“You’ll probably see a little bit more competition on some of the existing routes where there was probably a monopoly situation,” Leonard explained, “I think that’s a good way to increase patronage by actually having more competition and then hopefully lower prices as well.” He pointed to Trenitalia’s new services to France, providing competition with TGV. Rocky Mountaineer is also bringing about its long-awaited expansion into the United States with the new Denver-Moab service, and even famed services such as The Venice Simplon-Orient-Express and Switzerland’s Glacier Express have had a facelift.

KiwiRail General Manager Scenic Journeys and Commuter Tracey Goodall told travelBulletin her company, which manages ‘The Great Journeys of New Zealand’ brand, is also taking an active product development approach. “We’re actually now introducing packages and fully guided tours as well,” she said. “We’re going to have everything from five- to 17-day experiences, where we can take you through from the major cities, but also get off the beaten track and go and experience some of these beautiful places, from wineries to volcanoes. Also on the menu are ‘paddock to plate’ experiences, and collaborations with other iconic New Zealand experiences. “You’re going to actually be drinking beer from the breweries that you pass and wines from the wineries that you pass,” she explained. “We’re also doing a World of Wearable Art train from Auckland to Wellington, so the ability to bring people to these events is definitely something that’s attracting a younger market.” Goodall said travelling through rural New Zealand is a key focus for The Great Journeys. “You’re getting people to invest in towns they might not have gone to before.”

Even commuter trains are broadening their scope to create demand where there was none before, out of thin air – take the re-emergence of night trains, or Amtrak’s new ‘Berkshire Flyer’ from New York City to the Berkshires. “I have many friends based in New York that are all doing overland trips, which five years ago they wouldn’t contemplate,” Marini explained. Oftentimes, travellers are getting creative. “We’re also seeing a trend where customers are using rail in one direction and cruising in the other, so they might travel Sydney to Perth on the Indian Pacific and then cruise back. The amount of pre- and post- river cruise itineraries that we’re customising is off the chart,” he adds.

With all this in mind, it’s hard to believe rail travel is not more ubiquitous than it already is, both among the public and within the trade, but Dunne is attacking that. He spent a long time during the development of his young company discussing with agents what their needs were in the rail sector, in order to build the platform around them. “A lot of their feedback was that fares were often marked up over and above what that was on the rail carrier’s website, which made it more difficult for a travel agent to compete on price,” he said.

“There were often booking fees that were charged as well, which added to that, and in a lot of cases travel agents stopped selling rail altogether.”

To address this, Rail.Online sells the trip at the same rate as the carrier, it doesn’t charge a booking fee, and changes & refunds are processed quickly and efficiently. “We want to make sure that in the rail is only one small component of normally a much broader itinerary,” Dunne explained. “We want to make sure it’s quick and efficient for agents because they are the ones that really helped drive the future growth of rail from this market.”

Marini lamented rail’s biggest issue is travellers don’t recognise where rail goes, and how easy it is to use. There may even be a hangover from the early backpacker days in the 60s, 70s, and 80s when rail travel was a little rougher than it is today, according to Leonard. “When I first started with Rail Europe in 2007, we had a lot of work to do on educating the public and the travel agents, that when you get to Europe, your experience by train is vastly different to what it would be if you’re travelling by train in Australia,” he explained. “I think the public perception, the understanding, and the willingness to travel by train then compared to now…there’s obviously been quite a rapid evolution and understanding. As soon as they do an experience like that, the penny drops, it’s a pretty obvious choice.”