CARBON credits are the new currency of sustainability but what actually are they and why are they important in contributing to sustainable practices? Janie Medbury investigates.

Whether it’s catching a flight overseas, or going for a quick drive down to the shops, we produce greenhouse gas emissions every day — especially those of us who love travel. And while, in some cases, we can take steps to reduce these emissions, there are also ways in which companies and individuals can “offset” unavoidable carbon impact.

We can do this by financing emission reduction projects — a practice called “carbon offsetting”. It works by developing a project that reduces carbon dioxide emissions, with every tonne of emissions reduced resulting in the creation of one carbon offset, or a carbon credit. An individual or business who purchases carbon credits is investing in emission reduction projects around the world. 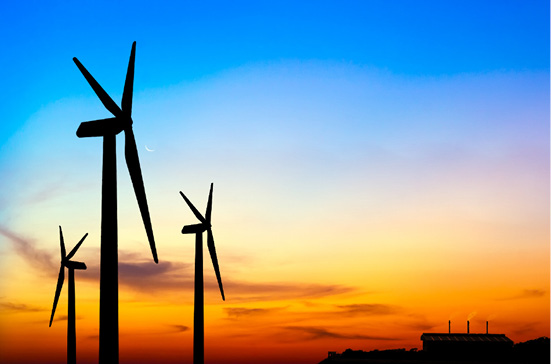 Emission reduction projects that produce ACCUs are overseen by the Clean Energy Regulator and need to comply with methods managed by the Department of Environment and Energy which represent the “removal” of one tonne of carbon dioxide emissions. A total of 13.7 million ACCUs were issued in 2018-19, up 12% from 12.2 million in 2017-18.

So far, carbon offsets have globally reduced the amount of greenhouse gases in the atmosphere by more than one billion tonnes — the equivalent of what would be produced by around 213,000,000 passenger vehicles over one year.

With leisure and corporate travellers becoming increasingly conscious of their carbon footprint, travel and tourism organisations are feeling the pressure to adopt sustainable practices, and they are turning to companies like South Pole to help them.

A globally leading climate action project developer, South Pole provides its clients with access to carbon credits from a huge portfolio of emissions reduction projects around the world.

“The carbon compensation component is vital — but the projects that generate these credits also have significant social and environmental benefits at the local level,” South Pole Commercial Director APAC, John Davis, told travelBulletin.

The Kariba Forest Protection project in Zimbabwe is one such project, which helps local communities prevent deforestation and build climate resilience through conservation farming. Since its launch in 2011, the project has protected nearly 785,000 hectares from deforestation and land degradation, which has prevented more than 18 million tonnes of carbon dioxide emissions being released into the atmosphere.

The knock-on effect within the community has been substantial, with 85,000 people enjoying improved health and economic opportunities, 60,250 people given access with safe, clean water through borehole maintenance, and 19 health clinics supported by the project, according to figures published by South Pole.

“In the past year alone, we’ve seen surging interest in climate action from the travel and tourism sector,” Davis revealed.

“While airlines in particular are looking at ways to decarbonise through alternative sustainable fuels, at present the only way to reduce emissions from flying (other than not flying) is with carbon credits”.

Qantas, for example, gives customers the option to offset their flight through its Fly Carbon Neutral Program by simply adding an extra charge to the cost of the flight, which will go towards carbon offset projects. Other airlines have similar initiatives in place, including Virgin Australia, United Airlines, British Airlines, and many more.

“In part, this is driven by growing consumer awareness of the carbon footprint of travel, particularly flying — but we’re now also seeing a growing number of airlines announcing ambitious “carbon neutral” targets ahead of Carbon Offsetting and Reduction Scheme for International Aviation’s (CORSIA) implementation next year, which is the aviation industry’s approach to net-zero growth,” Davis explained.

South Pole believes that offsetting is already becoming the norm among travel and tourism companies, with “the really ambitious ones…looking at integrating sustainability into their core business” which it has dubbed as the “emergence of the sustainable travel company”.

“At South Pole, we’re responding to this growing trend by partnering with global and local organisations on new and novel climate change solutions for the travel industry,” said Davis. “Our Tourism4Impact fund with sustainable travel advisory group EarthCheck, for example, will work with companies and communities at the destination level to empower local communities and deliver climate action projects for the travel and tourism sector.”

Of course, like any regulated product, carbon credits adhere to a set of standards which can be verified with a third-party internationally recognised verification standard, such as the Gold Standard, Verra’s Verified Carbon Standard (VCS), Social Carbon and Climate, Community and Biodiversity Standards (CCBS), or standards verified by the UNFCCC.