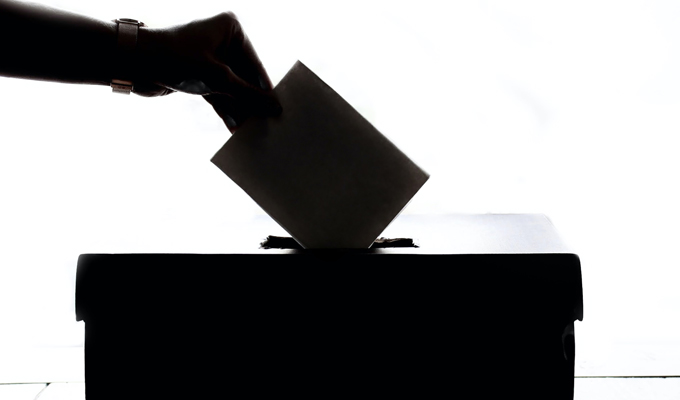 After two years of pandemic-induced frustration, we finally have an opportunity to say something about our country's leaders in this weekend's election. BRUCE PIPER comments.

A SAYING often attributed to Sir Winston Churchill is that “democracy is the worst form of government – apart from all the others”. The travel industry has certainly been confronted with that harsh reality over the last couple of years, as we have for the first time in many cases been forced to engage with our elected representatives and bureaucracy while the nation grappled with the COVID-19 pandemic.

Previously we were blissfully unaware of the frailties of our elected leaders – who after all, are just flawed human beings like the rest of us, but are charged with huge responsibilities and powers that impact the entire community. Before COVID-19 the travel and tourism sector by and large made its own way in the world, but all of a sudden we were thrown into the maelstrom of lobbying, completing grant applications and dealing with occasionally flawed IT platforms, meeting with MPs to plead the industry’s case, and sometimes faced with frustrations, brick walls, empty platitudes or downright ignorance.

Of course that hasn’t been everyone’s experience, and I certainly don’t want to downplay the role of our MPs who took up the industry’s cause among their colleagues in Canberra and the State and Territory capitals. But I think we would all have preferred the situation before we were confronted by the pandemic where we all pretty much did our own thing and weren’t overly concerned about how our tax dollars were being managed.  A commentator recently noted that many workers in Canberra are now in a third generation of public servants, with a lack of appreciation in Government departments of how things are in the “real world” being a frequent refrain of frustrated business owners wading through COVID-19 red tape over the last two years.

This weekend we all have an opportunity to vote in the Federal Election, and the outcome at this stage is as clear as mud. Fringe candidates, the rise of the so-called “teal” independents, fatigue over PM Scott Morrison’s performance – not to mention the millions of dollars spent by Clive Palmer in support of his United Australia party – make the poll particularly uncertain. (On a side note, there is already one clear winner at this stage – mainstream media and social platforms such as Facebook, which have reaped a massive bounty in political advertising!)

As we take to the polls, perhaps rather than wringing our hands in frustration at the perceived limitations of our leaders, it will be better for us to reflect on the fact that at least we have the opportunity to exercise our democratic rights. Life in Australia is far from perfect, but it’s hands down better than just about anywhere else in the world. Whatever the outcome this weekend, almost all of us will continue to have a roof over our heads, food on the table, full supermarket shelves and the ability to earn an income. The choice that faces us in this election is fortunately a selection between slightly different approaches to government, rather than the extremes many others in the world are currently experiencing.

Elections traditionally have a somewhat dampening effect on economic activity, with uncertainty about the outcome sometimes seeing consumers postpone spending decisions until after the dust settles. That’s commonly true for travel and tourism – so given the huge resurgence in activity that is already happening, the industry had better batten down the hatches for an even busier few months coming up, regardless of who gets the guernsey this Saturday!