Home  >  Magazine  >  These boots are made for walking

These boots are made for walking

NEXT time someone tells you to take a hike, why not take them literally? From the land of the long white cloud to the incredible Swiss alps, Sarah Fairburn gets the lowdown on four of the world’s best hiking trails.

Cheese, chocolate, and the Jura Crest Trail — just a few of the things Switzerland is famous for. One of the oldest long-distance hikes in the country, the Jura Crest Trail whisks trekkers away on a breathtaking 320km journey from Zurich through snow-capped alps, Black Forests and the Vosages, before delivering them back down into the populated lakeside city of Geneva.

Despite earning itself a reputation as being ‘difficult’ overall, hikers can attempt the route from a series of stages along the way, each stamped with their own level of hiking effort.

However, those attempting the hike from start to finish will truly be rewarded, with views of craggy cliffs, deep ravines, springs and lakes, along with the opportunity to mix with locals and enjoy sampling a range of cuisines from the many mountain restaurants. 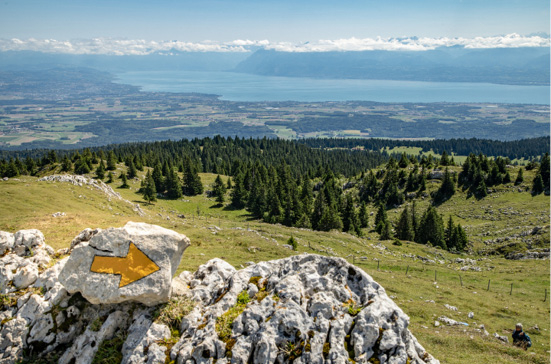 The best time of year to visit is tipped to be between May and September, as snow can fall as late as April and as early as November. However, as some mountain hotels don’t open until June, it’s always best to double check before travelling.

HOT TIP: Brush up on your bi-lingual skills for this one — the trail makes a sweeping arc towards the norwest, passing through both German and French-speaking Swiss regions.

When the call of nature is strong, there’s no better place to visit than New Zealand’s Abel Tasman National Park, located at the tip of the South Island. Considered to be one of New Zealand’s “Great Walks”, the pristine coastline of the Abel Tasman Coast Track, which is rated an easy to intermediate level trek, attracts hikers from around the world who arrive to explore its beautiful beaches, impressive rock formations and cheeky local wildlife.

The trail winds through 51km of native parkland, with its waterside location meaning it can also be accessed by boat. Intrepid travellers can opt to hike the entire length of the trail over a period of three to five days, or jump in at a point they choose to minimise travel time. Although, hikers beware: as the Coast Track is not a circuit, transport must be organised at each end of the trail in order to get back to the hustle and bustle of the city. 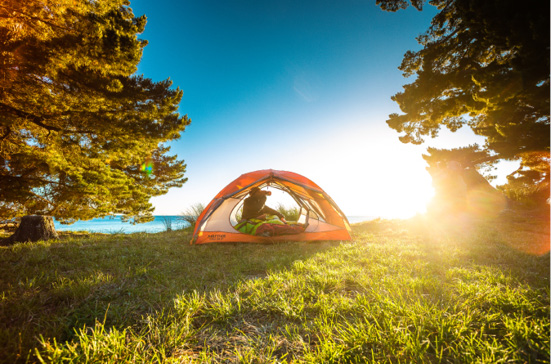 Peak time for travel to the area is between mid-December and March, so if hiking minus the crowds is more your pace, then a visit in either November, March or April is more suitable.

HOT TIP: While no permit is required to hike the trail, if travelling independently, accommodation must be booked in advance via the Department of Conservation’s website.

If you’re looking to take your hiking game to the next level, then why not try your hand — or boots — at Nepal’s famous Annapurna Circuit? Ranked as one of top 10 treks in the world, the 230km route, which is broken down into 16 individual sections that can be trekked individually in an anticlockwise direction, takes in the rugged beauty of flame-red rhododendron forests, towering oak trees, crystal-clear alpine rivers, and picturesque Himalayan peaks.

The hike takes between three and nine hours to complete each day, with its demanding inclines making walking tricky. However, those who choose to partake in the elaborate adventure will be treated to the chance to stop in at tiny mountain settlements, sample local delicacies, and rest aching bodies in the steaming hot thermal springs found along the trail. 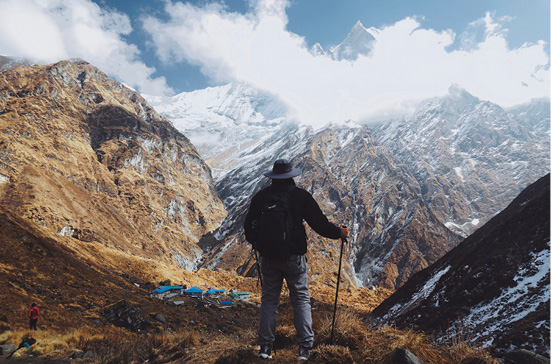 The best time to attempt the Circuit is between March and September, or September to November. Most of the region’s rainfall occurs between June and September, so it’s best to avoid these so-called ‘Monsoon Months’ if you’re looking for a drier experience.

HOT TIP: A US$20 permit is required to attempt the Circuit, but is easily attainable via the Annapurna Conservation Area Project office on Tridevi Marg, which is open 8am to 5pm daily.