There’s more to Indonesia than Bali

Been to Bali? Think you know Indonesia? Think again. Christine Retschlag sails beyond Bali and discovers the remote east islands of Indonesia.

A tropical storm thunders like an angry Indonesian God outside, and the decks are drenched with Mother Nature’s fury. But I am safe inside my top deck cabin aboard the traditional Indonesian sailing vessel Al likai or “Queen of the Seas“. Among the plump pillows of my queen-sized room, and clad in batik sarong, I imagine I am a Balinese high priestess. 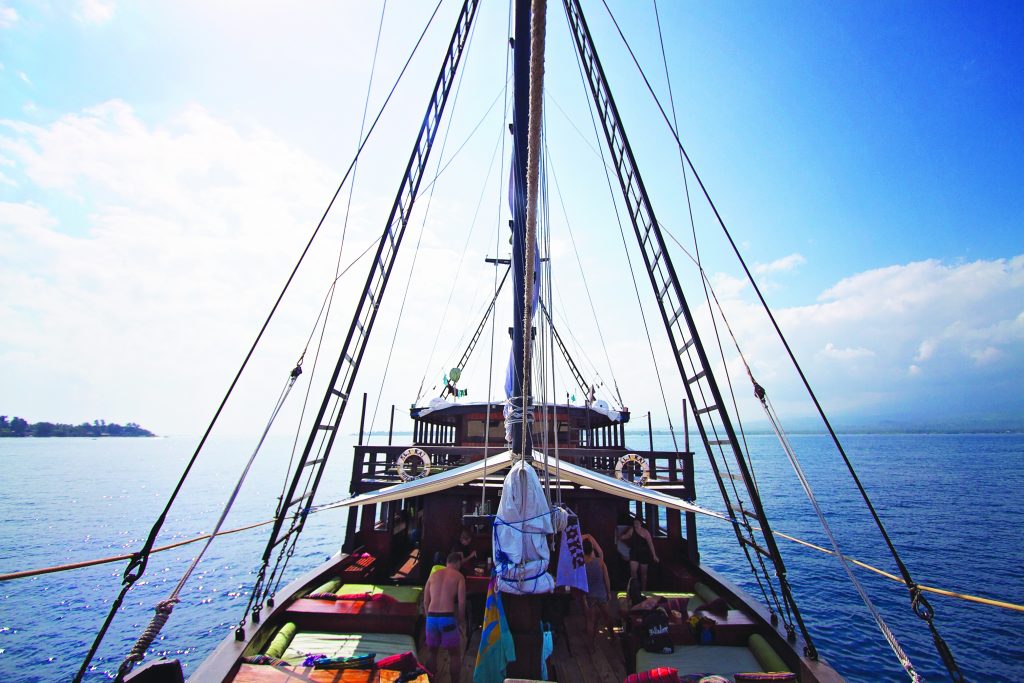 That’s the pure bliss of sailing, pull up anchor and unleash your imagination as you drift towards the horizon, in this case the remote and romantic islands between Lombok and Timor.

And such flights of fancy are even easier to envisage when you are aboard a 37-metre timber phinisi boat, carved in a style used by boat builders in this region for centuries, right down to the wooden pegs.

This nine-day journey, which departs Bali’s Serangan Harbour, ambles along at a rate of eight knots along the Bali coastline, up the Lombok Straight to South Lombok and past Mount Rinjani, an active volcano renowned for her volatility. 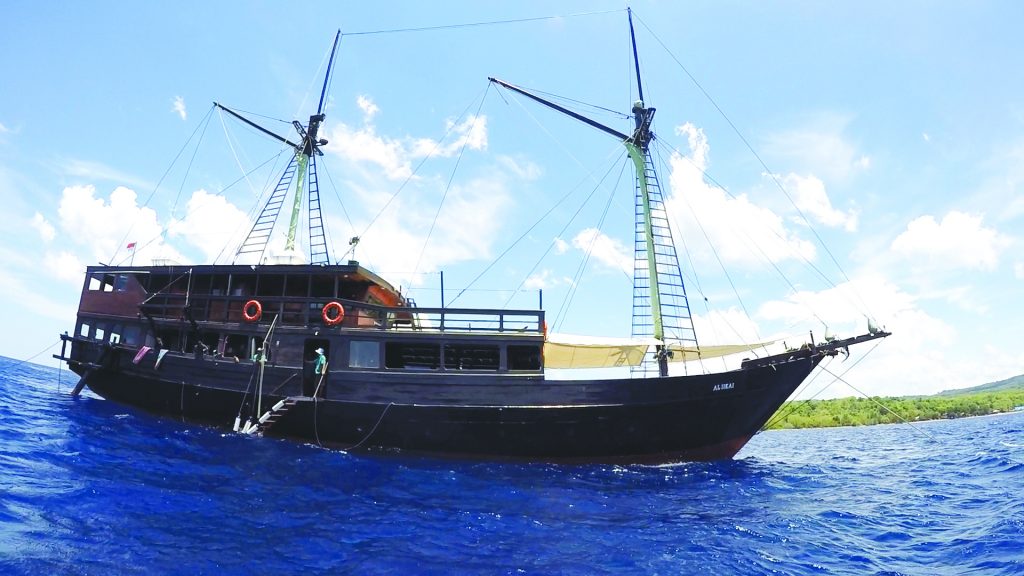 Along the way we visit destinations such as Keramat, Moyo, Satonda, Mount Tembora and Wera, before arriving in Komodo National Park. And we snorkel so much we almost grow gills ourselves as we explore coral of every colour imaginable, meet the friendly fish faces of south-east Asia and glide with giant manta rays down Manta Alley.

When the dolphins aren’t riding the wake of our boat, the sting rays are performing somersaults, seemingly for our enjoyment. Sea snakes, reef sharks and sea urchins… the warm waters between the Bali and Flores seas upon which we are travelling have these too. 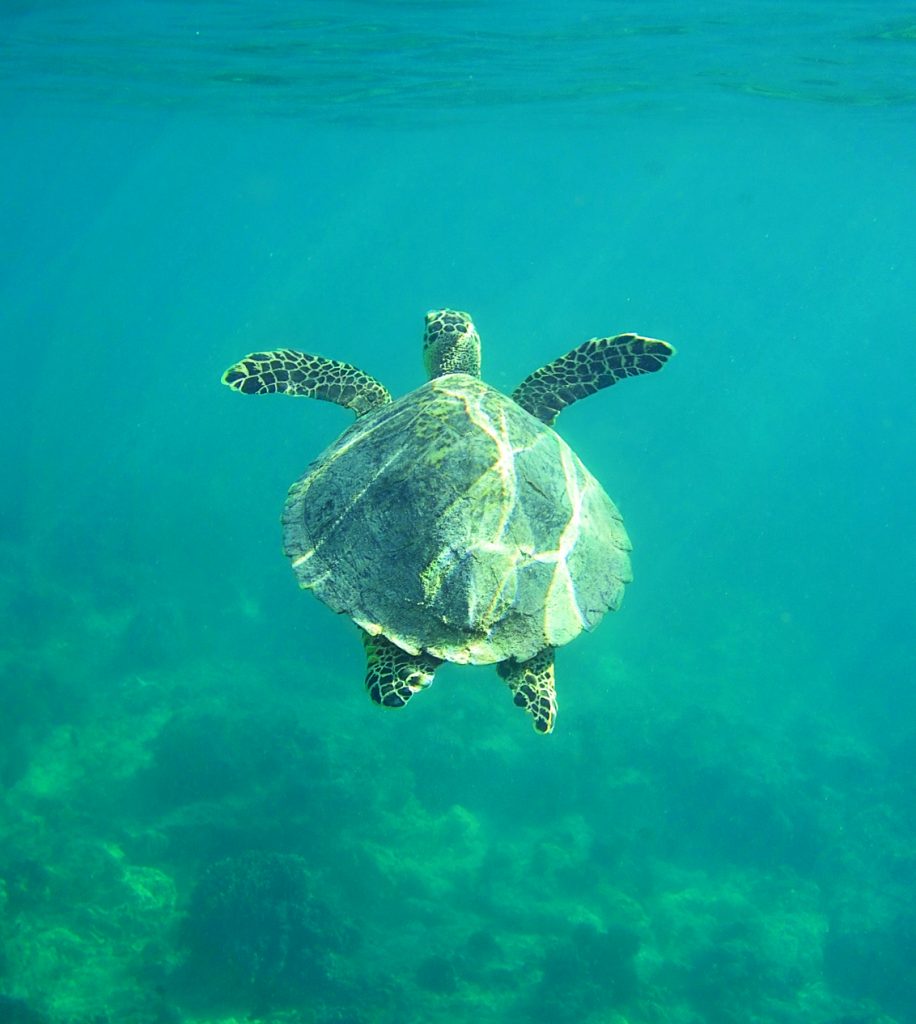 Landlubbers will adore this journey as well, as there are plenty of visits to charming villages such as Wera, where the women weave intricate patterns almost as bold as their betel-nut stained mouths themselves, and the men build traditional boats such as the one on which I find myself.

These are delicious days indeed, where we walk along shady paths to cool waterfalls where there are sturdy swing ropes hanging from trees, swim in volcanic craters filled with salt water, and sunbathe on white sand beaches.

There’s grappa one morning at an Italian-run resort at Gili Asahan and lychee mojitos another afternoon as the sun sets over Gili Gede. Late afternoon off Gili Trawangan, we swim with the green turtles who seem to be sashaying to the beat of Bob Marley playing from a bar somewhere onshore.

And after almost eight days of sailing, we arrive at Rinca, home to half of Indonesia’s population of 3,000 komodo dragons where these lizards lay languidly in the morning sun.

Australians adore Bali, but few of us venture beyond its hedonistic shores and if we do, we tend to stop at Lombok. Al likai’s Australian-born owner Amanda Zsebik is passionate about delivering an authentic experience which showcases more of Indonesia.

“I just want to take people out of Bali and to see that Indonesia is not Bali… particularly Australians,” she says.

“This is the only trip of its kind in Indonesia. It is a very nurturing boat.”

On this journey you will travel some 350 nautical miles and sail for more than 50 hours in total to the south-east islands which are known collectively as Nusa Tenggara.

Home to a staggering 300 Indonesian dialects, this is also the country’s poorest region where only around 4% of the population lives, due to its more harsh, dry climate. 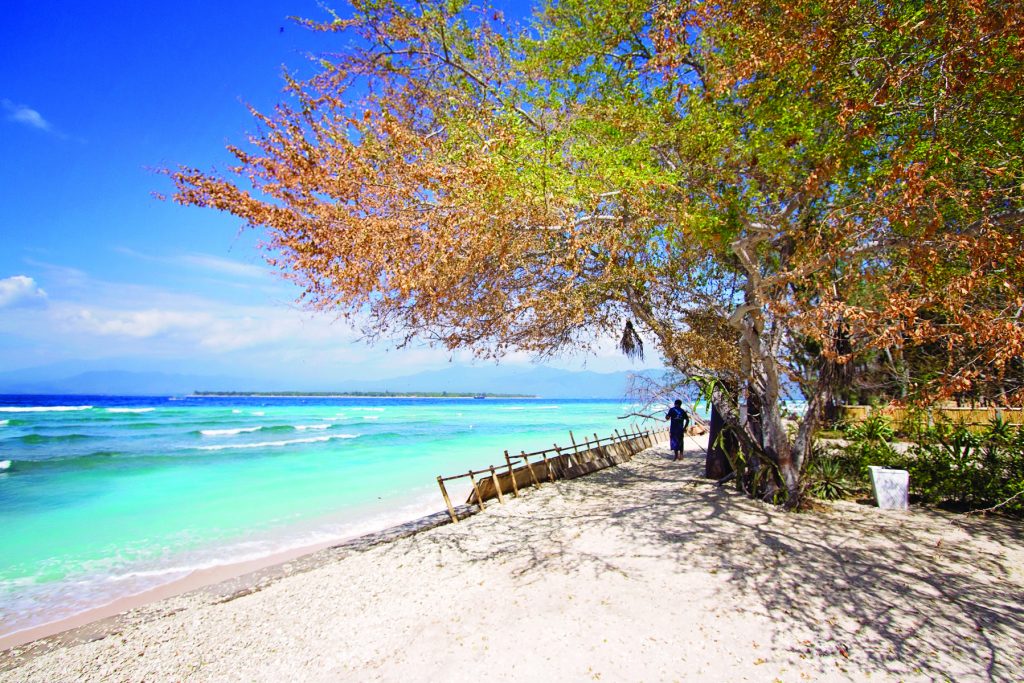 But this is also what makes it so special as these are resilient people who welcome strangers into their villages for glimpses of what more traditional Indonesian life is all about.

Life on board Al likai is equally as colourful. The boat accommodates a maximum of 16 guests in five queen-sized bedrooms which are all air-conditioned with ensuite bathrooms, plus a bunk room with double bed, three single bunks and an ensuite.

There’s a crew of 12, who, apart from the talented Balinese chef, come from the more remote islands of Indonesia such as Flores and Sulawesi which are renowned for their superb sailors, great boat builders and the odd pirate or two.

Not that you’ll encounter too many skulls and cross bones on this journey through the largely calm, clear waters of Indonesia. When the sailing does become occasionally rough, the competent crew are adept at finding protected coves in which to anchor the boat.

Along the way you’ll dine on traditional Indonesian delights such as beef rending, chicken laksa and gado gado. There’s juicy tropical mangos and papaya for dessert and the Bintang is always cold.

This is a journey befitting the Queen of the Seas, and even the odd high priestess or two.