The cruise tide is finally turning

This is likely to be a great week for the Australian cruise industry. If the beating of the jungle drums is correct, Health Minister Greg Hunt is likely to confirm that the longstanding biosecurity emergency declaration will not be renewed when it expires on 17 April – and it may even be as soon as today.

Clearly an election is in the wings, and when the Prime Minister allows the “C” word to pass his lips it’s an obvious indication that cruise is no longer sitting in the doghouse where it’s been shut away for what will be 25 months when the ban finally lifts. Last night on Paul Murray’s “Pub Test” segment on Sky News Scott Morrison claimed credit for “working to get the cruise industry back” and clearly indicated that the ban will lift.

There’s been a fair bit of buck passing in recent days too, with Federal authorities repeatedly making mention of the importance of states and territories playing their part in a cruise restart. But whatever the shenanigans are in Australia’s competitive federalism model of government, any pressure which can be placed on anyone in power is a good thing. 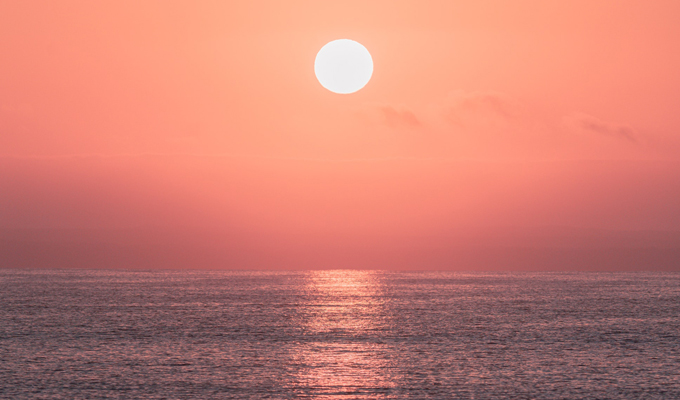 The sun is finally rising for cruise, after a long, dark night.

So now it’s over to the industry itself. With the incidents of the early stages of the pandemic fading into memory, the sector must fulfil the many promises it’s made in its repeated attempts to highlight why cruising is a safe way to holiday. The many suppliers whose plight has been showcased in various campaigns will be tossing their hats in the air with joy, and let’s hope that their order books start to fill up again as plans crystallise for local deployments.

The immediate question is the status of the 2022 Kimberley season, which under normal circumstances would already be in its early stages. Dan Tehan has suggested that the first stage of the cruise restart would involve international expedition ships, and let’s hope that means the Kimberley can get up and operating. However the big question there, of course, is the attitude of the McGowan Government in Western Australia, which only opened its state borders less than two weeks ago. Common sense may prevail, as it appears to be in the Northern Territory where the Government has announced that ships with capacity of up to 350 passengers and crew can operate – subject, of course, to the Federal ban.

The recent cancellation of P&O’s entire winter season of cruises out of Auckland, as well as Princess Cruises canning its 2022/23 Australian deployments of Royal Princess and shortening its planned Majestic Princess season,  shows that the industry definitely isn’t out of the woods. But whatever the short term future is – and based on previous announcements it’s going to take months to get larger ships here anyway – the easing of the ban will at least allow for planned summer 2022/23 deployments to go ahead, and let’s hope that even includes international visits and the resumption of world cruise calls at Australian ports.

It’s been an exhausting battle, and we should pay tribute to the hundreds of industry gladiators who have taken the fight to our authorities. This week’s expected announcement is vindication of their efforts, and let’s hope we can once again see prosperity within the industry and make the Australian cruise sector take its place as the global leader it was before the pandemic.

Cruising has faced some rocky seas through the pandemic, but is well-positioned to emerge as an even stronger, more resilient and prominent part of the global visitor economy. With fleet rationalisation and new efficiencies, a united voice, a hunger within consumers for experiences and plenty of pent-up travel demand, cruise lines – and anyone else involved in the cruise sector – have the opportunity to absolutely thrive in the new world of travel.