SYDNEY’S White Bay Cruise Terminal is set to have shore power facilities for cruise ships installed — at a cost of $36 million — if Labor governments take power in the upcoming NSW and Federal Elections. The promise, made by local Federal MP and Shadow Minister for Infrastructure and Transport, Anthony Albanese, has come despite a NSW Ports Authority study which recommended against installation of such a system because it was “not an effective means of mitigating air emissions from cruise ships”. 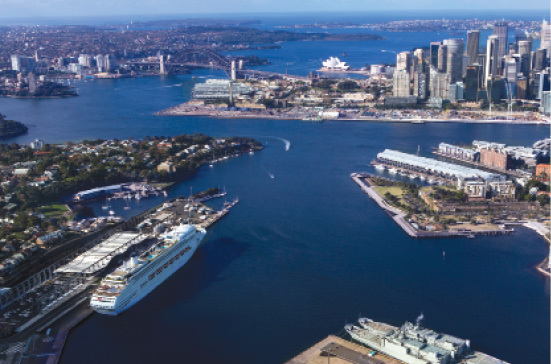 Other measures already introduced to mitigate the impact of cruise shipping at the terminal have also failed to satisfy locals, including 2016 regulations mandating the use of low-sulphur fuel. A key issue highlighted was the noise of ship’s engines running to generate power while they are docked at White Bay, which Albanese cited as a “nuisance” for about 4,000 nearby residents.

“Shore power would improve amenity for residents, while also allowing the terminal to continue operating and providing much needed jobs in the tourism sector,” he said.

Albanese said the proposed shore power system would initially be funded 50/50 by the state and Commonwealth governments, but the $36 million would then be “recovered from cruise ship operators over time,” presumably in the form of higher port charges. Also not included in the calculations was the cost of modifying vessels to connect to the shore power system, which was estimated at an additional $27 million by NSW Maritime Minister, Melinda Pavey. The cruise terminal is in the key state electorate of Balmain, which is currently held by Greens MP Jamie Parker who was slammed by his Labor candidate rival, Elly Howse, for “five years of inaction” over the issue.