WA on the rise

HOME to some of the country’s most beautiful beaches, bushland and outback, along with some of the world’s best wineries, Western Australia is brimming with appeal for business and leisure travellers alike. Perth boasts the title of the sunniest state capital, averaging 3,000 hours of sunshine per year, and was also crowned one of the world’s top 10 most liveable cities by The Economist Intelligence Unit.

The past several years have seen Perth’s cityscape expand rapidly, with a number of new developments completed — a testament to the state’s strong economy and goal to establish itself as a prime business and leisure destination.

Things show no sign of slowing, with more major developments underway like the Riverside Precinct, which is being “transformed into a cosmopolitan waterfront community and tourist destination” according to the WA Metropolitan Redevelopment Authority, and will encompass the Queens Gardens, the West Australian Cricket Association (WACA), Gloucester Park and the banks of the Swan River, while a redevelopment of Perth City Link and terminal upgrades for Perth Airport will create improved connectivity.

As Perth continues to evolve, it attracts an increasing number of national and international conference and business events delegates — the Perth Convention Bureau secured 115 conferences and 171 corporate meetings and incentive events in 2017-18, generating approximately $141.8 million in direct delegate expenditure. 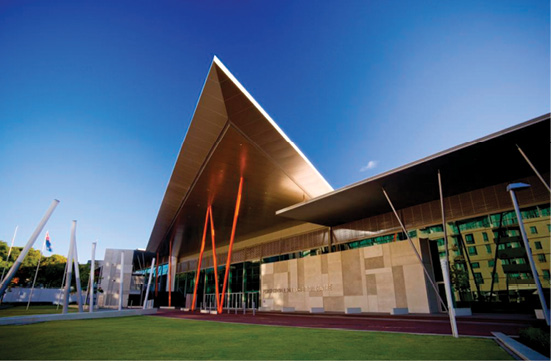 There are several upcoming events that will keep up the momentum and generate further interest in Perth as a business events destination. On for the first time in years, the Perth Event Show will be held at the Perth Convention and Exhibition Centre in August 2020, where it will showcase products and services for the meetings and events industry, while later this year, Perth will host Dreamtime 2019, Australia’s largest business events showcase.

“Taking the event to Perth is an exciting development for the city. With new hotel infrastructure developments, new international non-stop flights from London and a growing incentive offering, Perth is continuing to raise its profile internationally,” said former Tourism Australia Managing Director John O’Sullivan at the time of the announcement.

Perth is well equipped to handle the influx of business tourism, with plenty of top-quality accommodation options offering conference facilities and convention centres, such as Crown Perth with venue space for 1,800 delegates, or the Pullman Bunker Bay Resort, which has attracted more than 9,000 event delegates over the past 12 month and was announced as a finalist for the 2019 WA Tourism Awards.

The Perth Convention Bureau offers a selection of short tour itineraries in Perth and regional WA that allows business events delegates to experience the state’s best attractions, from winery tours and gourmet lunches in Swan Valley to tours of Rottnest Island, just 19km off the coast where you can meet the adorable quokkas and explore stunning beaches and bays.

Travellers can also head into the heart of the outback with the two- or four-day North-West tour, where you can enjoy a sightseeing tour of Broome, fly over the Horizontal Waterfalls, see some of the largest crocodiles in the world at Malcolm Douglas Wildlife Park, and enjoy a picnic dinner and movie at Sun Pictures, the oldest outdoor cinema in the world. 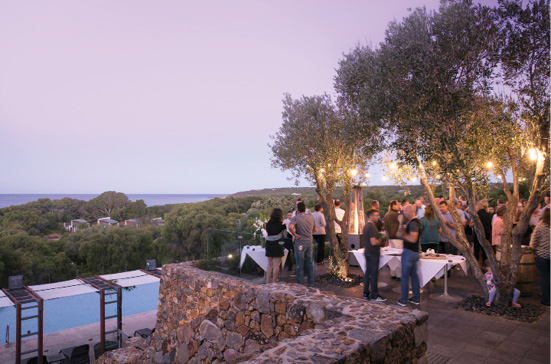