BILLED as “the most spacious ship at sea”, Norwegian Cruise Line (NCL) recently unveiled details about its upcoming ship Norwegian Viva, which will join the cruise line’s fleet in 2023.

The next vessel due in NCL’s new Prima class of ships, Viva will undertake her maiden season from a quadrella of homeports in southern Europe, basing herself out of Lisbon, Venice, Rome and Athens.

The swanky new ship is a sister to Norwegian Prima and boasts a capacity for 3,219 guests with a very high staff-to-guest ratio and ample spaces on board.

Features include 24-hour butler services, exclusive sundeck and pool area, private hot tubs, and a wide array of cabin options, such as balcony, inside, studio, and oceanview accommodation categories.

Experiences on board will include The Rush and The Drop, the fastest freefall drop dry slides at sea, as well as the Viva Speedway, which builds upon the racetrack concept introduced aboard the Breakaway-class. 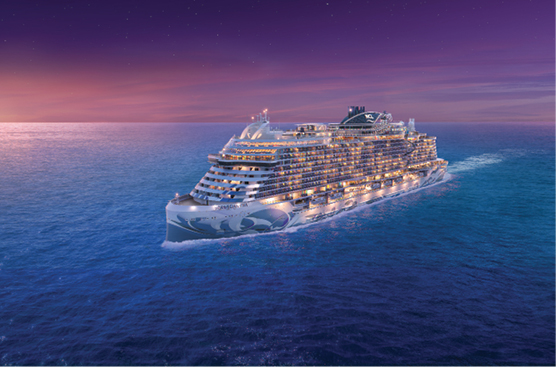