UNSECURED creditors of Virgin Australia will receive between 9c and 13c in the dollar if the proposed Deed of Company Administration (DOCA) sale of the carrier to Bain Capital is approved at a creditors’ meeting early this month. The details of the payout were revealed in the highly anticipated formal Report to Creditors from administrators Deloitte Financial Advisory which was finally released on 25 August. The report summarised the debts owed by the carrier, including $1.93 billion to about 6,500 bondholders, 9,022 employees with entitlements worth $129 million, 63 landlords owed $201 million and $237 million owed to 1,437 general creditors — including travelBulletin.

The report makes fascinating reading as it particularly charts the financial decline of Virgin Australia. While COVID-19 put the final nail in the coffin of the carrier, the administrators noted that the airline had been weakened from “cumulative losses incurred almost year-on-year from 2009 to 2020,” amounting to about $2.2 billion. While the airline’s revenue had continued to grow through that period, “it was not profitable growth,” with Virgin unable to derive sustainable profits from its strategic shift from a budget carrier to a full service airline. 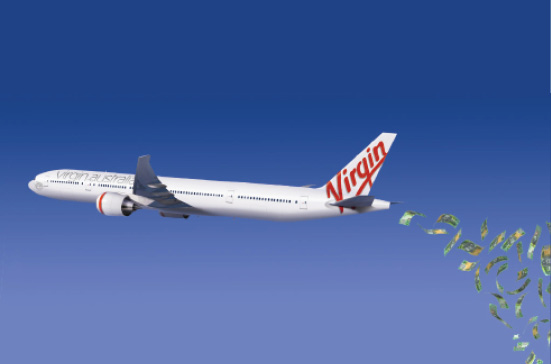 In that state, the impact of coronavirus dealt a hammer blow to the business, particularly in March when overall capacity was reduced to less than 10% of normal levels. “Such a reduction in business was not sustainable to service the Virgin Group’s costs and debt load,” the administrators noted.

The proposed DOCA will see employees of Virgin Australia receive their full entitlements, even amid a significant downsizing of the workforce. Those who leave will get a 100% payout, while those who remain in the business will be paid “in the normal course of business”.

The report also discussed the alternative recapitalisation proposal from a group of bondholders, backed by five former Virgin Blue executives including DJ’s Head of Public Affairs, Heather Jeffery and the airline’s co-founder Rob Sherrard. “Although received after the deadline for interested parties to submit a binding offer, we considered this proposal,” the administrators confirmed. “The proposal was highly conditional and contained no evidence of committed funding to enable a transaction to be completed; in those circumstances we were unable to take this proposal forward given the lack of certainty and the level of conditionality,” they added. The alternative proposal was withdrawn on 21 August after a Federal Court attempt to force creditors to consider it at this month’s meeting failed.