IN early March, the United Kingdom’s Minister for Aviation & Maritime Robert Courts gave the okay for domestic cruises to begin from 17 May.

The announcement was made to a group of Members of Parliament at a virtual meeting of the All-Party Parliamentary Maritime and Ports Group, but the news did not stay among those few for long.

P&O Cruises UK almost immediately buoyed belief when it announced it would commence staycation cruises to nowhere, having just days before dealt the blow of another cancellation of its international voyages.

The cruise line’s week-long trips will sail around British waters, leaving from Southampton — a port that will now prove to be far busier than anyone thought it might be just days prior.

However, only a small number of lucky Britons will be able to sail — those who have received a coronavirus vaccination, with a minimum of seven days required following the second dose’s administration.

A little over a week later, the United Kingdom’s leading cruise line was joined by Cunard Line and Viking, with Queen Elizabeth and Viking Venus to join P&O’s Britannia and Iona in Southern England. 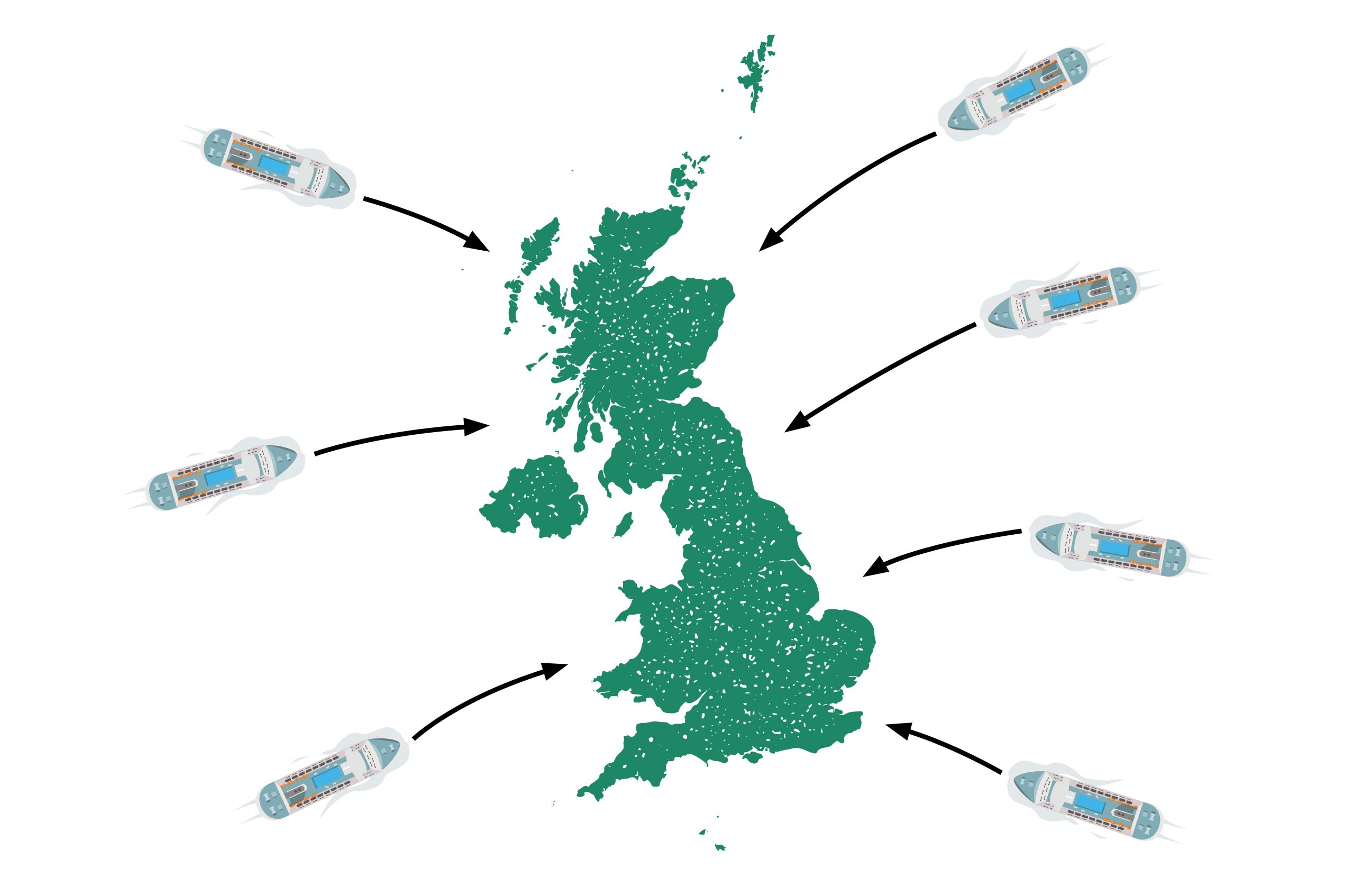 Cunard’s voyages will sail round-trip from Southampton between July and October, and comprise of British Isles scenic cruising and a range of special Sun Voyages, which will chase down that shining celestial body that so often avoids the United Kingdom.

Viking will restart with three special eight-day sailings departing round-trip from Portsmouth exploring England’s shores on board the cruise line’s newest ocean ship which is also the first to have a full scale PCR laboratory on board and is set to be delivered later this month.

Less than a week later, and the trio of cruise lines had two more join their ranks — MSC Cruises and Princess Cruises.

Similar to the others, MSC committed to a series of “short breaks and week-long cruises round the British Isles”, but, unlike P&O, will not require any of its guests to be vaccinated, with the Italian cruise line content with its current protocols, now in place for almost nine months.

“Our hope is to offer every type of holidaymaker the chance to escape this summer — from grandparents to teens and even the smallest of passengers,” said MSC Managing Director UK & Ireland Antonio Paradiso, in what could be viewed as a dig at P&O.

Princess has also joined the list of cruise lines planning a British restart with its Summer Seacations — a series of short breaks and week-long itineraries aboard Regal Princess and Sky Princess.

Celebrity Cruises, Disney Cruise Line and Royal Caribbean International were the most recent to flock to the seas of Britain by the time of publication, but by the time you’re reading this, there will have likely been one or two more.