IN one of the last events before mass industry cancellations and shutdowns in the travel industry, Travel Partners convened in Bangkok its 2020 conference, conveniently themed “Partners in Evolution”.

The three-night event was tailored to help attendees equip their business for the times ahead, with speakers focusing on topics including tackling challenges, remaining profitable and strategies to stand out.

During the event, Travel Partners General Manager Kate Cameron told travelBulletin that the brand was plotting massive growth under its Flight Centre Trave Group ownership, with the long-term goal to reach 1,000 agents in the network.

Cameron said the network had a total of 276 agents, comprising a 149 mobile agents and 127 members outlets, with the brand in March on track to reach 300 agents by the end of the financial year.

Although Cameron noted that the COVID-19 outbreak would have an impact on the speed the group achieved these long-term goals, she remained confident that after the industry got through the associated challenges, the plans would resume. 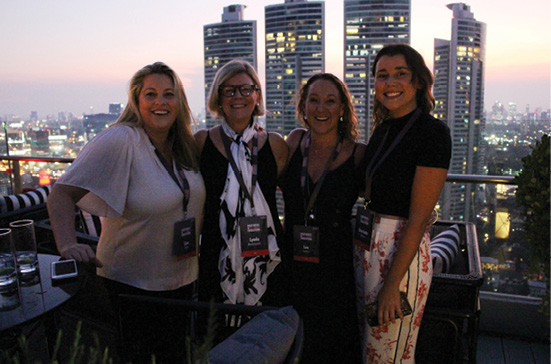 “At the moment we’ve just got to bed down and look after the guys that we’ve got… and then from there, yes obviously we will go back into growth mode,” she said.

Prior to COVID-19, Travel Partners was on track to achieve its Total Transaction Value (TTV) goal of $160 million this financial year, up from $120 million last year.

In January, the group was halfway to its TTV and profit goals for the financial year and in February had its largest month ever for profit and TTV.

“Had COVID-19 not happened, I think we would have really smashed our targets,” Cameron told travelBulletin.

Travel Partners has seen rapid growth since it was acquired by Flight Centre Travel Group in August 2017, at which point it had 74 people in the network and a TTV of about $60 million.

The group saw its TTV boost to $111 million and its mobile members more than double to 200 by February 2019. 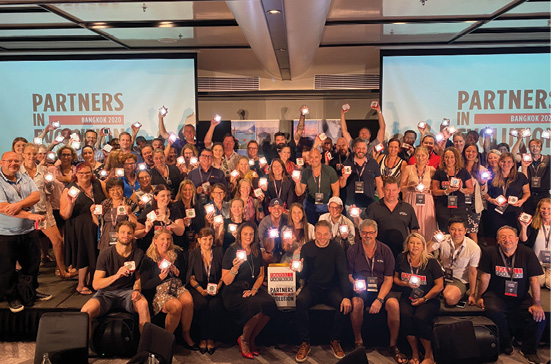 Cameron also provided an update on Travel Partners’ specialisation program, which was launched after last year’s conference and has been a key area of focus for the group since.

“The biggest thing is that it allows them to be competitive but also offer the right product as well,” Cameron explained, adding that those with the business specialisation have access to corporate fares and corporate hotel programs.

She said it also helped the group retain agents and attract new ones, which already specialise in the areas and are looking to showcase their skills.

Cameron also hinted that following the successful rollout of the first two options, the group would look to explore other specialisations.

The network has also launched a program for its mobile members which Cameron describes as “the answer to insolvencies.

Travel Partners would let its members know if a supplier was no longer covered under the scheme and provide a date from which they should stop selling that company.

After that date, if an agent continued to book with that supplier they would not be covered.

During the conference, the network also revealed a brand refresh, swapping out orange as Travel Partners’ main colour for red.

“The colour red creates a powerful and dynamic first impression and is associated with passion and triggering emotion,” Cameron said.