AN end to Sydney’s capacity constraints may be near, with Royal Caribbean Cruises (RCL) Chairman and CEO Richard Fain telling travelBulletin “we are hopeful that we are getting very close to a solution”.

“I think we’re down now to pretty much the one choice…and we think that is actually is a very practical solution for everybody and one that is good for the economy, good for tourism and attracting the newest and best ships,” he said.

Royal Caribbean Cruises has long voiced its support for Botany Bay, with Fain emphasising the location “was perfect”, due to its proximity to Sydney Airport.

“We are hopeful that a decision will be taken quickly because frankly, already it’s impinging on the logistics and our ability to bring in the newest and sexiest ships.” 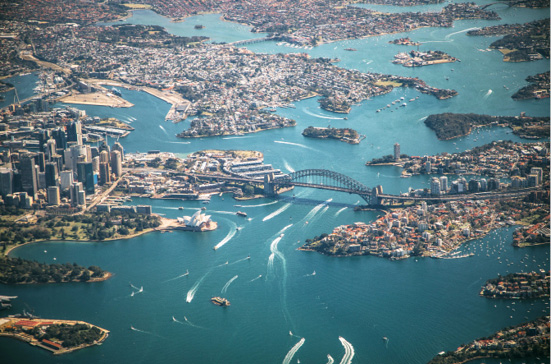 Fain confirmed Royal Caribbean Cruises would be willing to work with government and help fund a terminal, as the company has done in other parts of the world — including Miami.

“Yes, it is very much on the table that we would be having that conversation,” he told travelBulletin.

“I don’t think anyone today would build a pier that wasn’t Oasis-compatible,” he added.

Meanwhile, RCI has reached a deal to create a private island destination on the Vanuatu Island of Lelepa, to be called Perfect Day at Lelepa, Vanuatu.

The destination will be the second in what will be a series of “Perfect Day” private island offerings around the world.

Perfect Day at Lelepa follows the company’s Perfect Day at CocoCay in the Bahamas — which sports the tallest waterslide in North America — but Fain said the Lelepa experience would be different and be tailored to Australians’ preferences, with plenty of nature-based activities.

He explained Lelepa already featured interesting culture, heritage, traditions and architecture, which the company would work to convey.

It would also be sustainably designed as the first carbon neutral private cruise destination in the world, he said.

Local cruisers will have the opportunity to explore the private island on “a lot” of the line’s itineraries once the experience is up and running, with Fain emphasising the huge investment of the project.

He also confirmed RCI was working on other “Perfect Day” experiences in other parts of the world, which would be announced at a later date.