SINCE it began sailing, Norwegian Cruise Line’s (NCL) Pride of America has been touted one of the world’s most iconic cruise itineraries, as the only ship to sail around the Hawaiian islands. However, with modern cruising seeing the ships themselves as almost as prominent a destination as the ports of call, travelBulletin is proud to proclaim this 15-year-old vessel still stacks up to the world-beating journey it embarks on year-round. 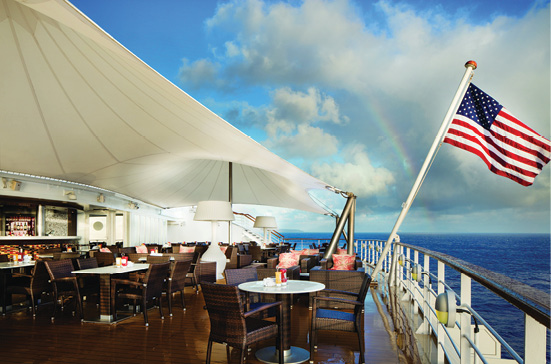 With the ship almost synonymous with the route it sails, Pride of America delivers exactly what she and only she can promise: a cruise around Hawaii, aboard a vessel not shy about its homage to the US. This is clear as soon as guests arrive at the cruise terminal, when they are greeted by the stylised bald eagle featuring on the ship’s livery. The theme continues throughout the vessel’s public spaces, such as the Key West Bar & Grill, the John Adams Coffee Bar & the Napa Wine Bar, capped off by the Great Seal of the United States located in the centre of the ship.

Love the dcor or not, Pride‘s spaces in no way feel as old as the country itself, with the wood interiors adding to, rather than taking from, the permanence and timeless quality of the ship’s look. The onboard style is an indicator of how one should feel when occupying the space; the Aloha Cafe is bright, and begets the casual dining style that can be enjoyed in Hawaii, the East Meets West restaurant is punctuated by modern Asian style, and Jefferson’s Bistro conveys all the elegance of French fine dining. Those expecting American-only fare need not fear, as there is a tasty mix of options on board, while those hoping to tuck home some heartland favourites will not be disappointed either, with Liberty and Skyline restaurants home to finer American gastronomy, while Cadillac’s offers the retro flavours of an old-school diner. Onboard bars, such as Pink’s Champagne Bar, Mardi Gras Cabaret Lounge & Nightclub and the top-deck Waikiki Bar offer premium, midscale and casual options respectively, meaning guests of all (legal drinking) ages will be satisfied. 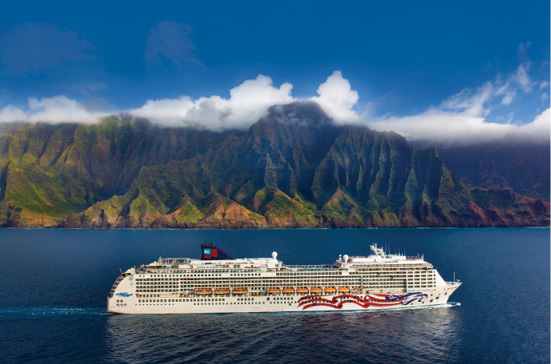 Entertainment on board is as American as the ship itself — Pride of America leads with two shows themed around the classic US destinations of Hollywood and Las Vegas, in addition to comedy and magic shows. NCL’s H2Glow Party has now also been extended to Pride, meaning it is now fleet wide. Live musical entertainment is also available each night at Pink’s and Mardi Gras, where guests can sit back and relax, or dance the night away.

A decade and a half into the Pride of America odyssey, with NCL having debuted the Jewel, Epic, Breakaway and Breakaway Plus classes since, does this one-of-a-kind journey still stack up, ship and all? Shore activities provide for some of the most stunning scenery and adventures available on a cruise holiday, and Pride is the only place to enjoy such an experience. The only US-flagged ship in the world offers a fantastic backdrop for your Hawaiian holiday, and for those who prefer more time aboard, there’s no chance you’ll be hungry, thirsty, or bored.