SINGAPORE Airlines has detailed its rollout of NDC, with the plan taking the road of collaboration and choice.

The introduction will take place under an expansion of the airline’s KrisConnect program, with NDC content to be made available to agents from 1 July.

Agents who participate in the KrisConnect program have been promised improved speed-to-market, access to the widest range of fare products including personalised content, and the ability to provide customised products to their customers.

“Our trade partners are going to be able to do things with us that they haven’t been able to do in the past,” Singapore Airlines General Manager National Agency Sales Australia Greg McJarrow told travelBulletin.

And with the option for additional products — such as booking preferred seat selection — comes additional chances to earn commission.

“If they sell that preferred seat, then they should get a commission for doing so…they don’t have that option today,” McJarrow explained.

Agents who join Singapore Airlines on its NDC journey will have four options to connect, and importantly, those who wish to stay with the existing systems, will be able to do so.

Agents will be able to connect direct with Singapore Airlines, or through GDS, with the carrier working with Amadeus, Sabre and Travelport.

New technology partners, or aggregators, will also be part of the introduction, including Atriis, HitchHiker, TPConnects and Travelfusion.

The fourth option will see the carrier launch its first agent portal in the market, AGENT360, which will be both an information and booking portal.

Not all options and benefits will be readily available at the start date, and each means of connection will have its own yet-to-be revealed timeline. 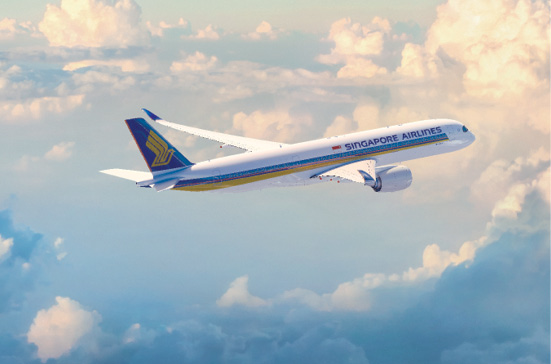 Although Singapore Airlines said it would be able to provide agents with the full suite of NDC capabilities from 1 July, McJarrow noted there may be some feature differences as technology partners come online.

The quickest option will be agents who decide to develop for their own platforms and get a direct connection to Singapore Airlines.

They will be able to connect “after an onboarding process”.

If an agent chooses a GDS or an aggregator, the features and when they will be available may vary, with the carrier advising agents to check in with their preferred provider directly.

The direct booking portal on AGENT360 will go live after the launch of the platform later this year.

“Can we connect someone tomorrow?” McJarrow asked.

“In theory, yes, but there are a number of steps that we need to take before we flick the switch.”

McJarrow said he is anticipating a good uptake from the trade — with “the right encouragement and the collaborative approach” that the airline is looking at.

“NDC is not new, but maybe our approach in this market is what’s going to hopefully be the driver of that [uptake].”

He emphasised there would “always be a place for travel agents”, highlighting the airline’s large investment in its trade distribution channels and strategy in Australia.

Last year Singapore Airlines announced it would revamp its sales structure in the Australian market, moving from its longstanding state-based model to a “channel-based” arrangement.

The airline also put in place dedicated Account Executives based in Brisbane, Perth and Melbourne to work with trade partners.