WHITE Bay Cruise Terminal is set to be transformed into the world’s first 100 per cent renewable shore powered shipping precinct.

Also present at the announcement was Port Authority of NSW Chief Executive Officer Philip Holliday, who said the net zero and shore power plan will remove up to 14,000 tonnes of carbon dioxide from entering the atmosphere over 12 months – the equivalent of taking over 4,000 cars the road every year. “This is a historic partnership, with the Port Authority of NSW investing over $60 million to deliver this infrastructure as the first step, with Port users already pledging to retrofit and build ships to take advantage of this technology,” Holliday said.

One of those users is Carnival Australia, which has signed a Letter of Intent for its ships to utilise the shore power. Representing seven cruise lines locally, Carnival’s commitment is in line with its to sustainability pledge, which includes net carbon neutral ship operations by 2050.

Carnival Australia President Marguerite Fitzgerald said a number of factors made shore power at White Bay an attractive solution, such as the company’s P&O brand, one of the major users of the erminal, having a fleet comprised entirely of shorepower-ready ships. “Particularly significant is that the Port Authority is accessing 100 per cent certifiable renewable energy for its shore power capability,” Fitzgerald said.

“Carnival Australia is part of a global organisation that has achieved ambitious sustainability goals and continues to set strong targets. It has a proud record of embracing environmentally friendly technology including Advanced Air Quality Systems and pioneering the introduction of LNG-powered cruise ships,” she added.

Plugging into shore power — ‘cold ironing’ as it is still known in international shipping — involves infrastructure that provides shoreside electrical power while a ship is berthed, eliminating the need for it to operate fuel-burning auxiliary engines. 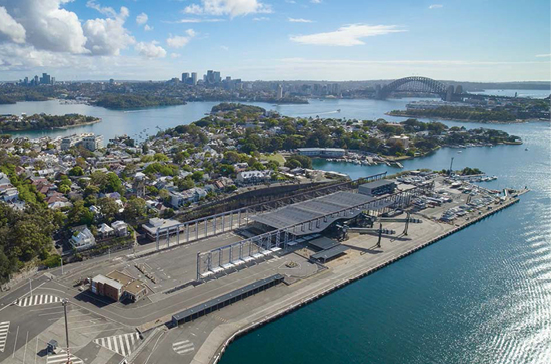