VIKING Cruises revealed more details about its soon-to-launch Viking Neptune vessel, announcing the ship will be used to undertake the line’s World Cruise in 2023/24.

The 930-passenger ship will depart from Fort Lauderdale for the 138-day mammoth voyage, which boasts 28 country visits, 57 ports and overnight stays in 11 cities.

Neptune, which floated out from Fincantieri’s shipyard in Ancona in the middle of last month, will join an impressive list of ships hitting the water for Viking soon.

“With the arrival of the Viking Neptune and her identical sister ship, the Viking Mars, this year – along with the debut of our two new expedition ships and new river ships – we are proud to firmly establish Viking as the leading small ship travel company,” Viking Chairman Torstein Hagen said.

The planetary-themed production line includes the launch of Mars later this year and the introduction of Viking Saturn in 2023. 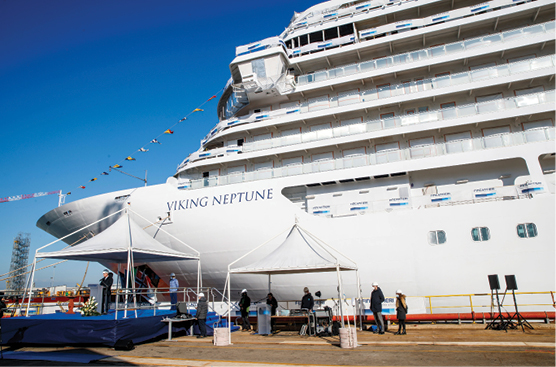