MAJOR changes within the Australasian operations of Royal Caribbean Cruises Limited were presaged last month with the return of the organisation’s former Managing Director, Gavin Smith. Previously based in London and heading up the company’s international sales, Smith has wasted no time in shaking things up, implementing a major restructure which will see the Royal Caribbean, Celebrity and Azamara brands separately promoted to the trade. 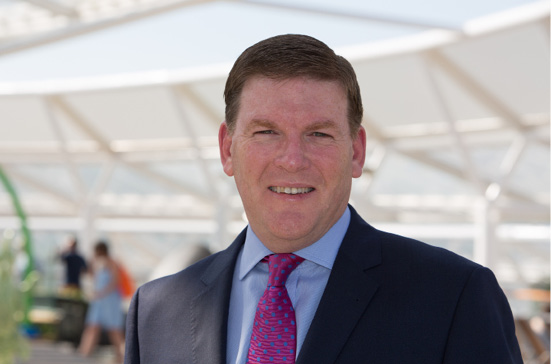 The rejig also saw former local chief Susan Bonner briefly return to the company’s head office in Miami, before coming back a few weeks later to “oversee the search for a Managing Director for Celebrity Cruises in Australia and New Zealand”. In her new role, Bonner, who had an extensive career within Celebrity prior to her appointment to head up the local RCCL operation last year, will now establish a team “dedicated to bringing modern luxury to local cruise travellers,” the company said.

Smith said the creation of dedicated single-brand teams would better support the company’s trade partners, and enable the business to capitalise on opportunities within the region’s growing cruise sector.

“Our three brands, Royal Caribbean, Celebrity Cruises and Azamara, will grow their sales teams, strengthening their trade relationships and offering more opportunities for store visits and sales support,” he said. The changes also saw the on again-off again retirement of the company’s long-time Head of Sales, Peter McCormack who announced his departure in July — only to return following the reappointment of Smith.