Riding the wave in uncharted waters

ONLY those living under a rock would be unaware of the truly catastrophic impact that COVID-19 has had on the global cruise sector.

The entire industry has ground to a halt, as cruise lines take proactive measures against a growing number of port closures, with most moving early to voluntarily suspend operations for at least a month as the world battles to contain the worst pandemic since the Spanish Flu in 1918.

The virus outbreak, and the subsequent travel shutdowns that followed, have hit every single corner of the travel industry with unprecedented ferocity, but it was the cruise industry that felt the sting first, with Princess Cruises’ Diamond Princess becoming the poster child for how the virus could turn a wonderful holiday experience into an unadulterated nightmare.

The ship was forced into quarantine at the Port of Yokohama in Japan after 10 passengers on board initially tested positive to COVID-19. The weeks to come saw nothing short of a cascaded media frenzy, with reports on every new micro update broadcast by the hour, many factually inaccurate, resulting in a public relations nightmare for cruising of almost biblical proportions.

The aftermath ultimately saw more than 700 of the 3,711 passengers and crew on board Diamond Princess test positive for the virus.

Ironically, cruise ships have some of the most stringent hygiene and cleaning protocols of any travel vertical, with CLIA cruise members collaborating with the US Centres for Disease Control and Prevention to implement comprehensive sanitation practices, that sees at least two unannounced inspections conducted in a calendar year.

It should also be noted that only a small percentage of cruise ships sailing internationally have been directly affected by the pandemic.

However despite these tough measures and encouraging statistics, COVID-19’s acute level of contagion and latent symptoms meant that inevitably it breached a small number cruise ships’ health and safety barriers, and coupled with the vessels’ intrinsic variable of close human-to-human proximity, it was always primed to bring about negative headlines in this time of unprecedented crisis. 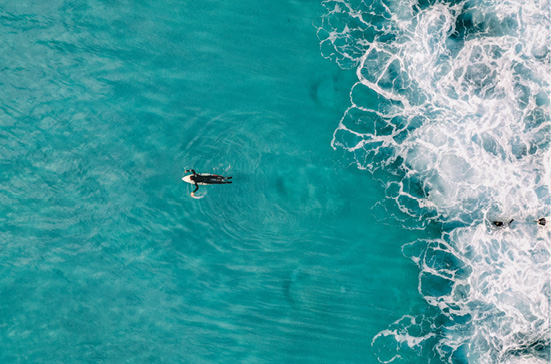 Cruise lines have had to ride the wave as they have become the focus of countless media stories due to a number of outbreaks of the virus on ships around the world.

So how have cruise lines reacted to the global emergency?

When it became clear that the unfolding travel restrictions were making most cruise schedules untenable and the worsening outbreak was placing the health and wellbeing of its guests at greater risk by the day, cruise lines from all over the world began to voluntarily suspend their operations — an almost inconceivable course of action only months ago.

In a statement regarding the widespread temporary withdrawal of cruising around the globe, Cruise Lines International Association (CLIA) lamented the decision as one that had to be made in the interests of safety, while also striking an optimistic tone for the future.

“While we acknowledge these suspensions have caused inconvenience and disappointment to many, cruise lines are working around the clock to maintain a focus on the health and safety of passengers and crew,” the organisation said.

“This is an unprecedented situation and we are conscious not only of the impact upon guests, but also on the destinations that cruise lines visit and the many businesses that depend upon cruise tourism.

“Despite challenging times, we are confident our industry has the resilience to overcome this situation in the longer term.”

The next phase of the emergency plan included steps to ensure the financial viability of the industry well after the pandemic eventually subsides.

This has seen an aggressive push by most cruise brands to shore up forward bookings, with many rolling out ultra-flexible cancellation policies in order to incentivise clients to rebook rather than ditch future cruise trips entirely.

Cancellation time frames have been a key element of this retention strategy, with the window for customers to reschedule or cancel bookings radically reduced in a bid to keep the pipeline of cash in the bank.

Viking has led the way in this area, giving clients up to 24 hours before a cruise departure to cancel or change bookings, while the large swathe of lines have elected to introduce cancellation times of between 48 hours and 30 days.

Further galvanising the booking pipeline has been the introduction of generous future cruise credits, with many major cruise lines not only matching the full price of the original voyage, but some even offering between 110% and 150% in credits above the original price.

P&O Cruises appears to be the market leader in this regard, recently announcing a 200% future cruise credit for customers who were affected by the lines’ cancellations in Australia and who rescheduled cruises rather than cancelled them altogether.

A small number of cruise lines have even stepped in to protect agent commissions in specific circumstances, typically when bookings were paid for in full and a future cruise credit was issued to the client.

While we can only hope that these measures aid the cruise industry’s speedy recovery once the travel restrictions are finally lifted, the reality is the wounds that cruising has sustained throughout this rare crisis have been immense.

The stigma of being the most highly publicised flashpoint in a once-in-a-hundred-year health emergency have provided images that are not likely to fade from people’s minds instantly, but much like the act of cruising itself, the sector will no doubt chart a stoic path through these uncharted waters, embodying the strongest spirit of resilience possible towards much smoother waters ahead.