AFTER months of cancelled cruises and repossessed and embargoed ships, One Ocean Expeditions (OOE) entered a restructuring process in early January, which allows its creditors, including inconvenienced passengers, to seek some form of compensation.

The Canadian cruise line has not operated any cruises in months and claims to have entered a partnership with an unnamed operator to carry passengers on future voyages, but previous good Samaritan Hurtigruten rejected suggestions that it was stepping in. 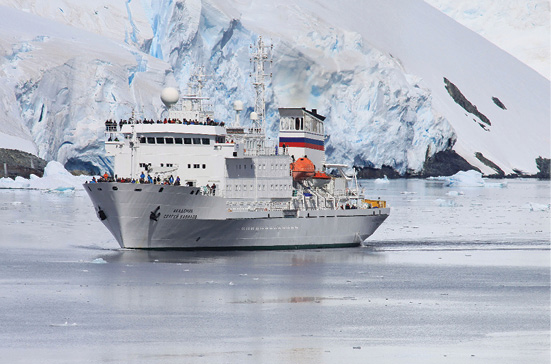 One of the Russia ships previously leased to OOE, Akademik Sergey Vavilov ©Christof46

The Russian Government withdrew its lease agreement with OOE to operate two of its ships in May last year, while RCGS Resolute is also currently impounded in Buenos Aires, after being detained several times in Canada over the past 12 months.

Despite numerous cancellations, the company continued to take bookings, offering “future cruise credits” rather than refunds, and some of OOE’s crew also claim they are owed significant amounts in unpaid wages.

The company had its AFTA Chargeback Scheme coverage cancelled in November last year, and later that month, its membership to the International Association of Antarctica Tour Operators was effectively cancelled.

The most recent note from the company, issued in January, insisted OOE was “in the process of restructuring its business to provide alternative options for its valued customers and partners affected by the current financial position.

“As part of this restructure, OOE has entered into a strategic marketing partnership with a highly regarded company with more than 120 years of cruise and expedition experience.

“Through this partnership, OOE customers will be offered various options to continue their travel for a discounted price.”