NORWEGIAN Cruise Line wants to “simplify and standardise” the way it recognises its top partners, and reconnect with those still ready to sell cruise, Director of Sales Australia/New Zealand Damian Borg has told travelBulletin.

Revealing more details about Norwegian’s new Partners First Rewards program, which is designed to recompense travel advisors for booking with the cruise line, Borg said NCL had placed a greater focus on formalising a more structured program, to make it easier for consultants to engage.

“The one big difference with this program when compared to other incentives we’ve put in place is we’re asking agents to register for the awards program themselves,” Borg explained. 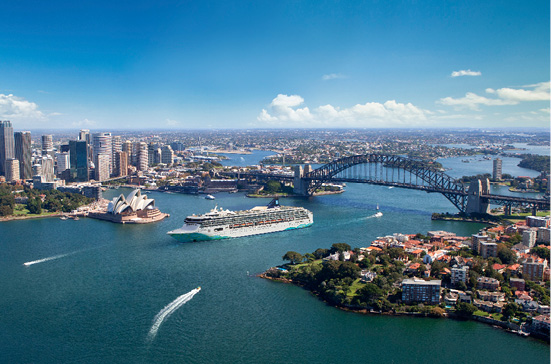 Norwegian Spirit will commence her inaugural Australian season in December this year.

“By registering they become eligible to earn points on bookings they make and be rewarded for those points they log into the system,” he said.

Borg added Norwegian would recognise wholesale bookings and would host an annual awards event each year to acknowledge top advisors, as well as hosting a new incentive every month.

He said Norwegian would hold the first of the acknowledgement events early next year, which would highlight each state’s highest-volume sellers, top-selling consultants, best marketing supporters and more.

To appreciate the efforts of travel advisors last year, Norwegian will also host a recognition of its best supporting partners from 2020 toward the end of March.

With a list of categories and award-winners soon to be finalised, Borg explained the appreciation would centre on engagement, passion, and supportiveness, as opposed to revenue.

“We had so many passionate partners who went out of their way to deliver a result for us and come up with some creative ways to ensure their guests know they’re still open for business, and that’s what we need right now,” Borg said.

“We need travel agents, and if we can reward that in a small way for what they did in 2020 then we’re happy to do so.”

Suggesting a measure of positivity, Borg added Norwegian had done a “hell of a lot” to improve its industry standing over the past 12 months, which had reflected back on the cruise line of late.

“We’re much better forward sold for [2022] than we ever were for future years, so there’s some green shoots.”