THIS month marks the start of a new era for Sydney’s Mary Rossi Travel, which has transitioned into the ownership of Penny Spencer and Sharyn Kitchener and their spouses, Edwin Spencer and Mike Goodall, who also own the nearby Mosman Travel.

The move sees Mary Rossi Travel move out of family ownership after 51 years, with Claudia Rossi Hudson and co-owner Roger Hudson handing over the reins of the agency founded by Claudia’s late mother in 1960. 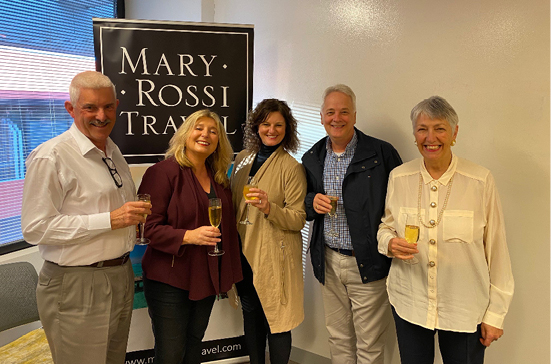