GEELONG is set to make its mark with $170 million set aside for a new convention and exhibition centre for the regional city.

The centre will be situated on the site of Deakin University’s waterfront campus car park and will support 270 local jobs. 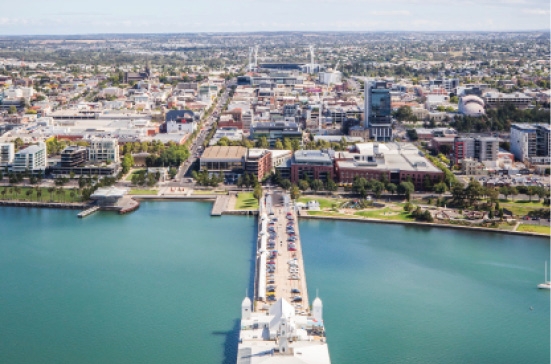 Early plans released show the convention centre will have capacity to cater for 1,000 plenary delegates and have 3,000m2 of pillar-less exhibition space, plus banquet facilities, meeting rooms, a business centre an retail outlets. A four-star hotel has been also been proposed nearby, which would have 200 rooms.

“It will not only inject $50 million in economic impact annually to the region once operational, but it will also open us up to bid for larger pieces of business that we have previously not been able to.”

The new convention centre will plug the current gap in facilities, with 368 events per year required for the region, but 16% booked outside of the area due to the lack of suitable convention space.

The funding is part of the Geelong City Deal, which will also see a revitalisation of central Geelong, upgrades to infrastructure along the Great Ocean Road and a new ferry terminal in Queenscliff to improve access across Port Phillip Bay.