There’s a one in five chance you may suffer from a mental illness in the next twelve months, according to the Australian Bureau of Statistics. And if it’s not you, it could be one of your friends, colleagues or member of your family.

If it is you, don’t be embarrassed or ashamed, just see a doctor. This is a mental illness and doctors love illnesses. If you think you’ll get better by sitting back and not saying a word, forget it. You’re only setting yourself up (and possibly those you love) for needless pain.

But enough about you. Let’s talk about someone you suspect may not be travelling well, whether they are a colleague or employee, and you’re concerned about whether to approach them or not.

The first thing to understand is that you will not embarrass them, or yourself, by asking them how they are (unless, of course, you do so in an all-staff email).

There’s a simple logic to this and once you see it, you’ll slap yourself on the forehead and never be scared of speaking about mental health again. But first a word about political correctness. It’s rubbish. Well, most of it. Forget about what you are or are not allowed to say. If you’re approaching someone from genuine concern, who gives a toss? 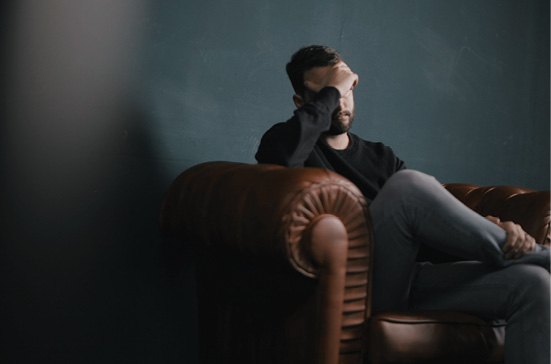 I once had a mate enquire about my bipolar by saying, “Sarah [who is his wife] told me I had to ask how your pills are going?” I said they were going well to which he replied, “Oh thank God for that,” and we both laughed. Nevertheless, I was deeply moved. This was his blokey way of telling me he cared.

The point is, it’s much better to ask than not.

Now to the logic of asking. If I told you I was concerned about you and just wanted to check everything was okay there are three possible outcomes:

You have no problem. I’ve simply misread the situation but you think I’m great for asking.

You have a problem but deny it. At least I’ve opened a gate for you and shown you I care. You are grateful for it and may talk to me later.

You have a problem and you sigh a massive sigh of relief that you have someone who cares and that you can talk to. You are not alone. You name your firstborn child after me — or rename an existing one.

Sitting back with your mouth shut tight for fear of embarrassment is a waste of time. And possibly even a life.

David Westgate is a mental health facilitator, speaker advocate and writer. He has suffered from bipolar 1 all his adulthood and yet still has managed to build a good career, have a wonderful family and live a pretty normal life. If you ever find yourself feeling depressed or overly anxious don’t panic or feel embarrassed. There are many other Aussies just like you going through exactly the same thing. Feel free to connect with David on LinkedIn or email dkwest@tpg.com.au.