GERMAN Star Alliance member Lufthansa will take delivery of a new aircraft every two weeks on average through to 2027, with the fleet adding almost 200 A320neos, A350s, B787s and B777X planes in a massive 40 billion expansion program.

While many of the additions will be used for intra-Europe flights, the carrier is also the launch customer for Boeing’s highly anticipated long-haul B777X aircraft, featuring an evolution of the popular 777 to incorporate Dreamliner technology enabling larger windows, more interior space and quieter engines. Lufthansa will also roll out a new Business class product when the new planes debut, with a 1-2-1 or 1-1-1 configuration (pictured below). 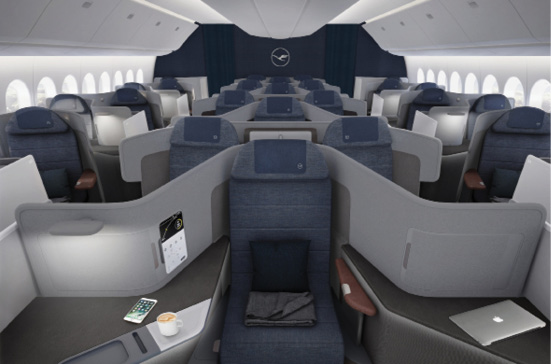 Lufthansa Regional Director, Heiko Brix, was in Australia last month, and told travelBulletin the 777X would also have a significantly reduced fuel burn, in turn reducing emissions. He was visiting the Walshe Group, which has represented Lufthansa, Swiss International and Austrian Airlines locally since 2014. A new agreement with Walshe will see the relationship continue for up to five more years, with Brix saying he was very happy with the arrangement. The local Lufthansa team is led by Anil Rodricks, and the pair noted that Australia was the carrier’s largest offline market globally.

“It’s quite core in terms of volume,” Brix said, with Lufthansa also benefiting from strong partnerships such as its joint venture with Singapore Airlines, as well as extensive Pacific codeshares with fellow Star Alliance member United Airlines. He noted that meant many options for travel agents to get their clients to and from multiple gateways within Europe, particularly in the current environment where some customers are wanting to avoid transiting through Asia. 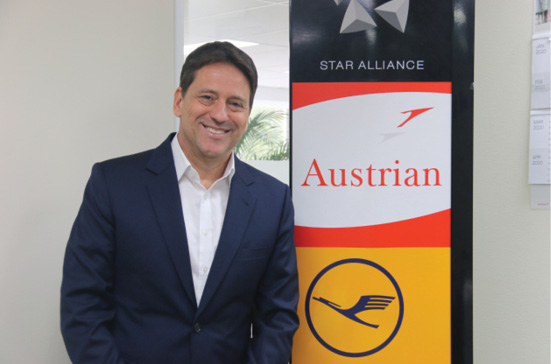 Lufthansa is also heavily invested in NDC distribution. “Without NDC you cannot be a good retailer,” Brix said. Although most LH fares continue to be available through GDS, Lufthansa is seeing some adoption of the SPRK booking tool developed by Farelogix, with about 20 agencies registered to use the system which offers rich content and access to some fares not available in the GDS — and also avoids Lufthansa’s controversial GDS segment fee. Brix said Lufthansa also offered a comprehensive API which some TMCs were integrating into their own booking tools.

Interestingly almost 8% of Lufthansa transactions across the Asia-Pacific region are already being conducted through NDC, Brix confirmed. Sustainability is also a key focus for LH, which is working internally to halve single-use plastic consumption by 2021. On a wider scope, significant environmental advantages will be achieved through the implementation of a “Single European Sky,” which the carrier is actively advocating.