It’s time to plan a restart

THE release of the Tourism Restart Timetable last month sparked hope in the industry by mapping a road to recovery.

THE release of the Tourism Restart Timetable last month sparked hope in the industry by mapping a road to recovery.

Laid out by the Tourism Restart Taskforce, the timetable offered a timeline for when various sectors of the industry could begin moving out of hibernation.

Australian Chamber — Tourism Executive Chair and member of the Tourism Restart Taskforce John Hart told travelBulletin the initiative was about providing the industry with markers and identifying when certain milestones would be possible. 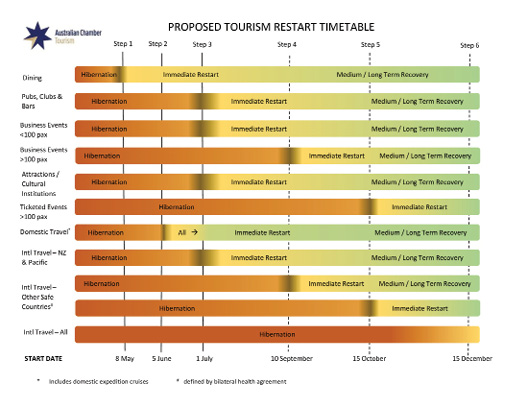 This allows the industry and governments to look at what the next step is, and map out what needs to be done to meet these timeframes, he said.

The taskforce has pegged early July as when Australians could be heading to New Zealand for a holiday, adding that there was a lot of activity going on to plan out what that would look like.

“From the taskforce’s perspective, what we wanted to do is put a line in the sand and say it should be possible from that date,” he said.

Hart said the taskforce was working on a proposal to get “a demonstrational proof of concept flight” up in early July, noting there were several other proposals in the works.

“There’s a lot of stuff that needs to be worked out, but we really need to push to have that worked out sooner rather than later.

“We shouldn’t wait until it’s easy.” 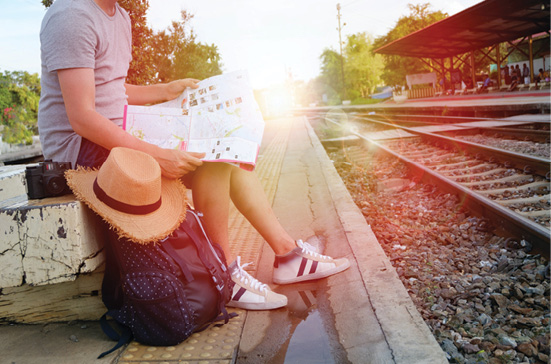 The timetable will be reviewed at each taskforce meeting and adjusted in response to ongoing health advice and as State Governments make further decisions.

The taskforce has indicated that domestic travel could see an immediate restart from 1 July, but Hart cautioned “the reality is, tourism cannot restart until the state borders are opened”.

Looking further afield, the timetable indicates travel to “other safe countries” is possible by September or October, but it does not envision a full return of international travel until 2021 at the earliest.

Hart said it was too soon to say which market would likely follow New Zealand but noted the taskforce thinks it will be short-haul.