Helloworld Travel has now banked $100 million in cash as part of the sale of its corporate operations to Corporate Travel Management, which saw HLO divest itself of QBT, TravelEdge, Show Travel, APX and Atlas Travel. The deal also included 3,571,429 CTM shares, which were valued at $21 each for the purposes of the $75 million scrip component of the deal – but are actually worth about $10 million more now at the current CTM share price of around $23.70.

The deal means Helloworld’s remaining assets are heavily focused on the outbound and inbound leisure markets – but as CEO Andrew Burnes pointed out, the company’s new 2.5% stake in CTM will also see it continue to benefit from growth in business travel. While most of Helloworld Corporate’s staff have now transitioned to the new ownership, the move did not include Helloworld Corporate’s Chief Commercial Officer, Andre Moten, who has been named as the new General Manager of Helloworld Business Travel.

CTM said the integration of the new acquisitions would commence immediately, adding that the deal “positions CTM as the travel management provider for more than a quarter of ASX 200 listed companies and further expands its service and technology offering in the government and education sectors”.

QANTAS Group last month laid out an ambitious plan to reduce its carbon emissions by 25% over the next seven years, and reiterated aspirations to be a net zero emitter by 2050. CEO Alan Joyce said the move was recognition that having a clear plan to decarbonise Qantas and Jetstar was “absolutely key to our future”.

The overall Qantas Group Climate Action Plan includes a partnership with ANZ and INPEX for an integrated reforestation and carbon farming project in Western Australia, seeing marginal land replanted with sustainable, drought-resistant native plants to improve the environment and generate carbon credits. Targets for the use of Sustainable Aviation Fuel, offsets and waste reduction are also key to the plan, with Joyce saying the initiative “makes sustainability a key pillar of decision making across all areas of the business”.

THE ongoing push to reduce travel agent base remuneration on international airfares continued last month, with additional carriers including Etihad, Thai Airways International and British Airways all confirming their intention to cut commission.

They join Qantas, Cathay Pacific, Singapore Airlines, Hawaiian Airlines, American Airlines and Emirates in reducing or eliminating base pay for resellers, meaning at this stage almost all of the top operators into Australia have cut commission for Australian agents apart from Qatar Airways and Air NZ.

EY is paying 1% on economy fares from 01 Jul and 2% on premium classes, while TG’s flip-flopping move will see it eliminate base commission, a year after it reintroduced a 3% payment on all fares. British Airways will also move on 01 Jul, cutting its commission by 80% from the current 5% to just 1%.

THE Federal Government has allocated the remainder of the previously announced $258 million COVID-19 Consumer Travel Support Program (CTSP), with a $75.5 million third round of the grants program now open for applications from travel agents and tour arrangement service providers.

The move came in a huge month for the industry, which jubilantly celebrated when Health Minister Greg Hunt confirmed he would not renew the Biosecurity Emergency Determination beyond its current expiry date of 17 April. Tourism Minister Dan Tehan said the “third and final” round of the grants scheme would help businesses ‘meet ongoing costs of running outlets, continue to process rebookings and provide high-quality customer service to their customers”. He confirmed that the first two rounds of the CTSP had seen payments of $184 million, with 5,455 grants issued to about 3,233 travel and tour businesses.

NZ travel is back!

Fully vaccinated Australians will be able to take holidays in New Zealand from later this month, after the country’s Prime Minister Jacinda Ardern brought forward a previous July reopening plan after evaluating low hospitalisation rates from the Omicron variant of COVID-19. The move has been universally hailed by the beleaguered NZ travel sector, which had previously been advised that a general reopening would not happen until some time in October.

The accelerated plan will also see travellers from key countries with NZ visa waiver agreements such as the US and UK able to enter from 01 May.

James Kavanagh has been promoted to Flight Centre’s Global Leisure CEO, in a restructure which will see Melanie Waters-Ryan focus on supplier relationships and the company’s new majority ownership of Dubai-based aviation technology provider TP Connects. 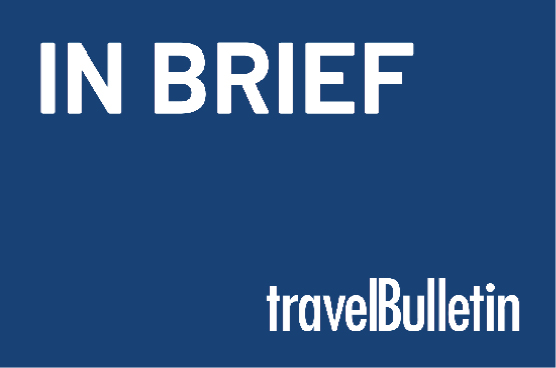