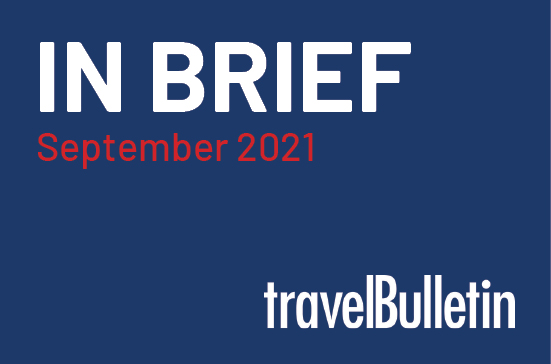 Helloworld gets set for tech

HELLOWORLD Travel Limited has laid out a vision for a technology-enabled future, with ongoing investment in IT through the pandemic period across its retail, corporate, consolidation and accommodation offerings.

The HLO annual report detailed the imminent launch of ‘Mango’, an in-house portal based on Tourplan NX for the company’s wholesale operations, promising greater functionality and a wider array of product for the company’s retail networks.

In cruise, Helloworld has rolled out a uniformed version of the Odysseus platform for the Seven Oceans and Cruiseco businesses, while the ResWorld retail mid-office system has now been rolled out in almost half of the company’s branded network in Australia, with a corporate version to be deployed from this month.

The new ReadyRooms accommodation platform, based on technology from the collapsed Excite Holidays, will shortly launch under the “Athena” brand, while Helloworld also intends to reintroduce the Skiddoo OTA which has been “temporarily closed due to the complete lack of international travel at present”.

THE tourism sector across the South Pacific is in mourning after the death of Tourism Solomons CEO Josefa ‘Jo’ Tuamoto last month after a bout of ill health. Tuamoto suffered a medical incident in Honiara and had recently returned to be close to family in Fiji, where he sadly died.

As well as leading Tourism Solomons since 2013 – and leading its rebrand from the former Solomon Islands Visitors Bureau – the visionary Tuamoto had previously been global CEO for Tourism Fiji and was instrumental in developing the destination’s high profile. He was also well known to the local industry as Tourism Fiji’s Regional Director for Australia, as well as a stint in the Americas, and prior to that as MD of Blue Lagoon Cruises.

THE Australian Competition and Consumer Commission isn’t letting the short term pain of COVID-19 cloud its vision for aviation, last month formally knocking back a proposed alliance between Qantas and Japan Airlines.

The carriers had strenuously argued that they should be allowed to cooperate in order to rebuild the Australia-Japan route, but ACCC Chair Rod Sims said the Commission had found the deal would “likely lead to reduced competition as international travel resumes, to the detriment of passengers travelling between Australia and Japan. Airlines have been severely impacted by the pandemic and this has been a very difficult period for them. But preserving competition between airlines is the key to the long-term recovery of the aviation and tourism sectors, once international travel restrictions are eased,” he said.

AFTER months of genuflecting to Government officials over the bungled roll-out of the $258 million COVID-19 Consumer Travel Support program, the travel industry’s peak bodies have finally expressed their utter frustration at a lack of progress in finalising the second round of the scheme, as well as pleading for further support.

The Council of Australian Tour Operators blasted the Government for short-sightedness in its approval of a further $183 million in assistance for airlines, saying while the help was welcomed it needed to be spread right across the travel and tourism sector.

And responding to confirmation that almost 200 applications from the second round of the grants scheme still remained outstanding – despite the program opening for applications five months ago – AFTA Chairman Tom Manwaring told travelBulletin “we remain frustrated by the ongoing delays in Grant 2 finalisation, given the dire situation in our industry”.

“The projected start of international travel by December, along with the greater than 80% double vaccination target achievements, does not diminish the need for continued support for the travel sector,” he said.

THE expiry of various travel agency franchise agreements in recent months has seen a shuffling of membership deals, with the welcome addition of Savenio to the ranks of Helloworld’s Magellan Travel Group last month.

Owner David Brandon said Magellan was a “perfect fit,” adding another layer to the business success of Savenio’s 30-plus luxury travel agent affiliates across the country.

ATAC GM Michelle Emerton said new members were attracted by the group’s complete absence of fees, meaning they were able to use their funds to “invest in their own future, rather than a brand’s future”.

THE New Zealand Government has doubled its Border Processing Levy to NZ$43.73 per airline passenger return trip from 01 December, and also lifted its fees for cruise passengers to $36.72.

Tourism and travel businesses in NZ are said to be devastated at the move.