THERE were many faces of the evolving saga that became the story of Australians stranded at sea on cruise ships in the face of increasing port closures around the world.

One ship dealing with her own crisis was Ponant’s 264-passnger L’Austral, which was left in the lurch when attempting to dock in South America after conducting an expedition cruise in Antarctica.

Keeping travelBulletin in the loop was Cruise Express Australia Director Hardy Schneider, who found himself on board the neglected vessel along with a stoic group of passengers, which included more than 100 Aussies, all of whom tried valiantly to keep their spirits up and smile through what was no doubt a fairly tense situation.

“We were denied to the option of disembarking in Montevideo, and Buenos Aires shut the door on us one hour before we got there,” Schneider told travelBulletin during the stressful rigmarole.

“We are now sailing to Rio just to pick up urgent medical supplies, from there we are heading to homeport in France…the journey will take approximately 25 days,” he added.

During the elongated journey, one that Schneider described as a “waiting game”, passengers looked on the bright side and enjoyed all of the amazing facilities on board L’Austral, as well as conceding that at the very least they had avoided the anarchy which had plagued much of the world since they embarked.

The ship eventually arrived safely in Rio de Janeiro and all guests were allowed to disembark, saving them from sailing all the way back to France. The passengers have now flown safely home. 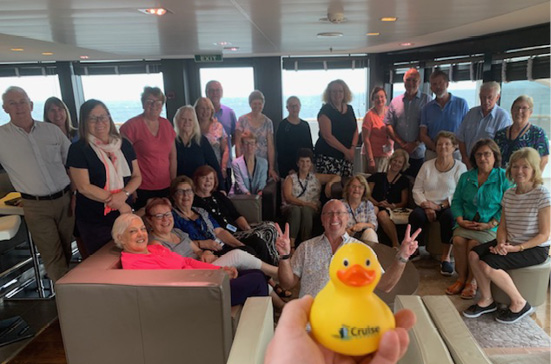