QUEENSLAND strengthened its appeal as a vibrant business events destination last year, and is set to elevate it even further in the next 12 months and beyond, with the state’s calendar of events for 2020 expected to inject $880 million into the economy — a huge increase from the $380 million it generated in 2015.

Last year, Queensland’s business events industry celebrated a number of milestones across its major cities, including the $6 million redevelopment of The Events Centre Caloundra and the opening of the brand-new Sunshine Coast Convention Centre, which launched in May. 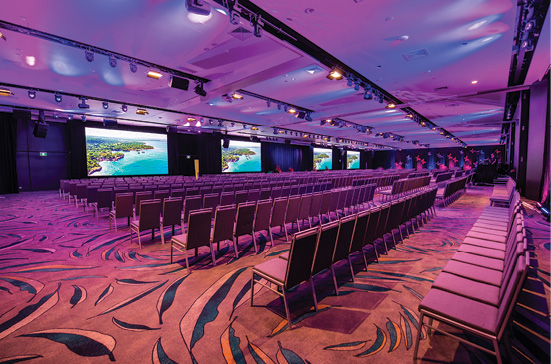 “This centre has enough capacity to house 200 trade stands at once. It will be instrumental in securing events the Sunshine Coast has never been able to host in the past,” Queensland Tourism Industry Development Minister Kate Jones commented at the time of opening.

Meanwhile, Brisbane Convention and Exhibition Centre (BCEC) injected more than $325 million into the economy in FY2019, with its success celebrated at the 2019 Queensland Tourism Awards in November, where it was crowned Best Business Event Venue.

BCEC General Manager Bob O’Keeffe revealed the venue hosted 165 national and international conferences last year — a significant increase on the 120 to 129 events it usually runs in a year, making 2019 its “best year ever” since opening in 1995.

This year in July, the city will host of one of the world’s largest travel industry conferences, the Flight Centre Travel Group’s (FCTG) Global Gathering, which is set to attract up to 4,500 travel consultants, executives and senior travel industry figures to the region and provide a $7 million boost to the economy.

“Looking slightly longer term, we have close to $1 billion in conference bookings into the future, so it’s a very strong pipeline,” O’Keeffe said. 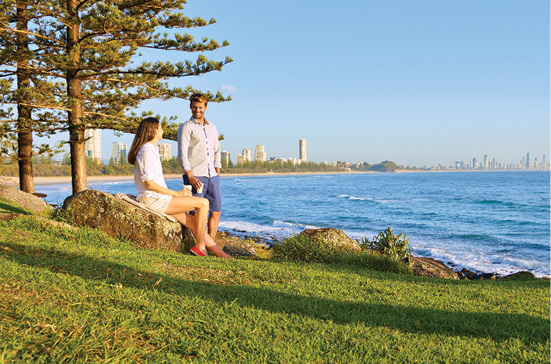 According to Destination Gold Coast CEO Annaliese Battista, the conference will uphold the city’s reputation as “one of Australia’s best performing regional edutourism markets”, in addition to bringing $3.3 million into the economy.

“The world-famous appeal of the Gold Coast is especially enticing for international education, so it is timely that this prestigious conference returns to the heart of Australia’s favourite playground,” Battista said, highlighting the city’s “extraordinary diversity, unrivalled business events offering, authentic experiences, and enviable climate”.

Not to be left behind, Cairns is also positioning itself as a vibrant MICE destination, with Business Events Cairns and Great Barrier Reef introducing the Nurture Nature events initiative, which allows event organisers hosting business functions, seminars or exhibitions with over 20 attendees in Tropical North Queensland to contribute towards the sustainability of the region.

The initiative, which will run throughout 2020, is made possible by five participating hotels, including Hilton Cairns, Pullman Cairns Int’l, Pullman Reef Hotel Casino, Riley A Crystalbrook Collection Resort and Shangri-La The Marina Cairns, offering to donate $5 per delegate staying with them to local environmental and wildlife causes.

Cairns also won the rights to host “one of the world’s largest science conferences”, the 13th Congress of International Society for Plant Molecular Biology, in 2021, which is set to showcase Queensland’s tropical north offerings to more than 1,200 delegates.