More than 500 people spanning the Australian and New Zealand cruise industry converged at The Star in Sydney to heap praise and recognition upon finalists across 19 award categories as part of a revamped awards program and event format.

CLIA Australasia Managing Director Joel Katz opened official proceedings saying that this year’s awards had been among the most successful of the event’s 18-year history are now the biggest CLIA cruise industry awards across the globe.

“We had a record number of submissions this year which made for a heightened level of competition,” Katz said. “It proves that travel agents are more engaged than ever and more dedicated to developing their cruise business, which makes them a key driver of the ongoing growth in the cruise industry.” 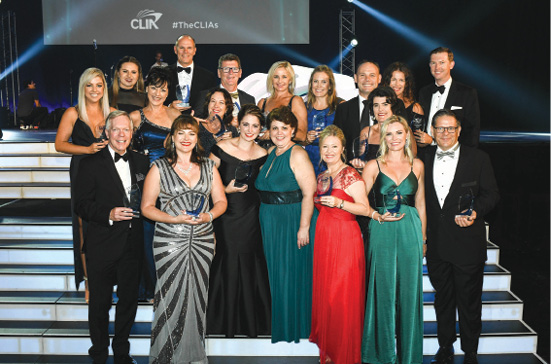 A highlight honour was the induction of Crystal Cruises Managing Director & Senior Vice President Karen Christensen into the CLIA Hall of Fame, recognising her for more than 30 years in the Australasian cruise industry and her long association with CLIA.

Speaking with travelBulletin on being conferred the award, Christensen remarked “I am truly honoured and humbled by this acknowledgement.”

“I’ve been passionate about the cruise industry for more years than I am willing to share, and I feel very privileged to have been involved with CLIA throughout my career in different guises.”

“The calibre of individuals recognised in previous years is very high and they have each contributed immensely to the growth of cruising in Australia and New Zealand and many continue to do so,” Christensen added.

The evening was hosted by popular television actor and singer Tim Campbell with mid-show entertainment provided by Boys in the Band.