AUSTRALIAN small ship cruise operator Coral Expeditions is reaping the benefits of its local flagging and small size and has announced its full schedule of sailings for 2022, including beefing up its Kimberley departures in response to demand and releasing its 2023 dates as well for that region.

Coral has replaced a number of its international voyages for next year with domestic departures, due to the ongoing uncertainty of border restrictions, with highlights of the schedule including Australia’s Great Southern Coastline exploring the Southern Ocean and Great Australian Bight, and Across the Top which visits Australia’s most remote coastal regions from Cairns to Broome.

In the Kimberley, the ten new dates announced in 2022 will add over 1,200 berths from April to June next year and according to Coral Expeditions’ Commercial Director Jeff Gillies, will give Australians more of a chance to explore this region which has proved very popular with travellers this year and next.

The cruise line has threaded the needle carefully on Australia’s rigorous cruise regulations with extensive COVID-19 protocols and a SailSAFE plan and is set to be one of the few operators who will be sailing the Kimberley this season. 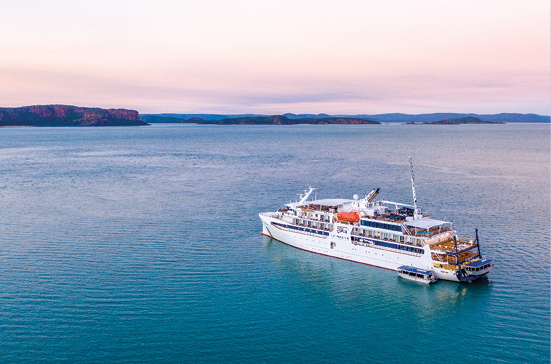