CRUISE & Martime Voyages (CMV) is set to showcase the best of Australia when its ship, Vasco da Gama, arrives down under for its second season in 2020/21.

The vessel, which will homeport out of Adelaide, is set to call in at a series of new ports including Darwin and Port Arthur, with a scheduled arrival in Geelong a first for the cruise line.

Highlights in the new season include a 14-night trip along the north-west coast of Australia from Fremantle to Singapore, stopping in at Geraldton, Broome, Darwin, Bali and Java, as well as a Sydney to Adelaide cruise that calls in at Melbourne.

Back by popular demand is the 10-night roundtrip Christmas Cruise from Adelaide, visiting Geelong, Port Arthur, Hobart and Burnie as well as taking in the food and wine regions of Tasmania and the wonders of the Great Ocean Road.

“Since Cruise & Maritime Voyages arrived in the Australian market, we have seen a lot of interest in domestic cruising from travellers and agents alike,” said Darren Chigwedden, National Sales Manager for Australia and NZ. “We are really shining the light on domestic cruising in our new season.” 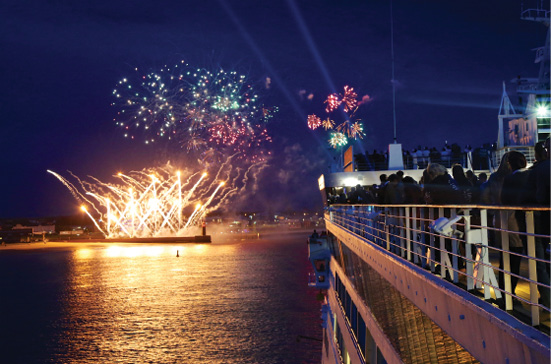 Vasco da Gama at her christening