Home  >  Magazine  >  Chaos in the Kimberley

Chaos in the Kimberley

KIMBERLEY cruise seasons were scattered across the proverbial floor last month, with both confirmations and cancellations rife, while others played their cards close to their chest.

Scenic Luxury Cruises & Tours was the first to go, pulling the plug on its highly anticipated Kimberley season midway through the month, denying Australians their first chance to board Scenic Eclipse in local waters.

The cruise line said there remained “too much uncertainty about the lifting of restrictions on cruising in Australian waters”. 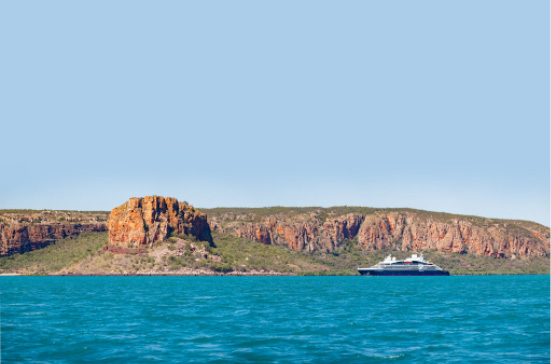 Ponant expressed perhaps the most positivity of Kimberley operators, albeit slightly veiled at that, saying it was “optimistic it will be able to operate its forthcoming Kimberley season”, despite cancelling four sold-out departures in June and early July, due to the uncertainty around the easing of restrictions.

Chairman Asia Pacific Sarina Bratton continued to be enthusiastic regarding the season, saying Australian destinations would provide a lifeline to the travel industry, which is desperate for products to sell.

Similar positivity was initially seen from APT, which early in the month confirmed its Kimberley Expedition season would commence in June aboard Caledonian Sky, which with a capacity of 99 passengers ducks under the exclusion faced by larger ships.

Unfortunately, the company was forced to perform an abrupt about-face less than a week later, when it confirmed the cancellation of the first of its voyages on 2 June due to an enforced amendment of its crew protocols by the Australian Government.

Other operators including Silversea are remaining tight-lipped, with the industry on tenterhooks as CLIA and other stakeholders work behind the scenes to secure the season.