AFTER a summer spent battling blazes across Australia, thousands of the nation’s bushfire heroes were given the chance to escape with Royal Caribbean International.

The cruise line hosted three four-day ‘Thank You’ cruises for firefighters, first responders and their families, as a way of acknowledging the dedication and sacrifice so many made to protect lives and homes.

Royal Caribbean International worked with state-based volunteer agencies to directly notify and encourage eligible volunteers to register for the complimentary cruises aboard Spectrum of the Seas.

The first sailing departed from Sydney’s International Passenger Terminal on 29 February, taking 3,500 first responders and their families through the harbour heads and into the Pacific Ocean, along a coastal route. 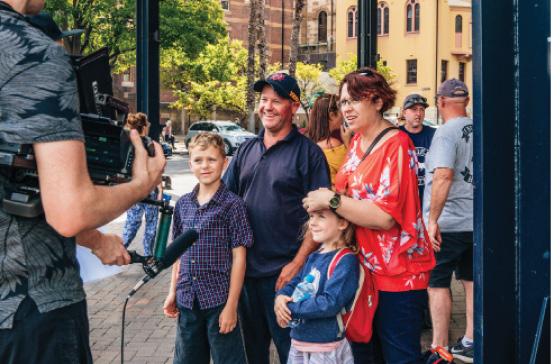 A second cruise took place between 7 and 11 March, following same itinerary as the inaugural sailing, and with more than 12,000 registrations submitted, Royal Caribbean added a third voyage from 13 to 17 March.

Royal Caribbean International Australia and New Zealand Managing Director Gavin Smith, said the company had been “blown away by the first responder community’s response” to the offer.

“This was an opportunity for us to just say a little ‘Thank you’, to some of Australia’s greatest first responders, working with more than 200 volunteer organisations around the country just to recognise the work that they’ve done over the Christmas, New Year break, and all the sacrifices they made to create what is this great country of ours,” he said.