BESTJET Travel collapsed just before Christmas in 2018 leaving $42 million outstanding to thousands of travellers as well as creditors including IATA, consolidators, GDS companies and other suppliers. Now two and a half years later the Administrators from Brisbane accounting firm Pilot Partners have finalised their investigations, and after a huge amount of work the payout to unsecured creditors will be a maximum of just 1.3 cents in the dollar. The deeply unsatisfying outcome follows months of public examinations, deep forensic inspection of a laptop which remained in the hands of a former employee, and ultimately unsuccessful legal action against the OTA’s former owner Rachel James and her husband Michael, who was the head of Australian Airlines when it collapsed in 2012 owing almost $100 million.

The Administrators successfully recovered some funds, including $3.6 million from credit card processor IntegraPay as well as $165,000 paid in a mediated settlement with Rachel and Michael James over unpaid Sabre rebates in Singapore, but the extensive amount of legal and accounting work involved in the Administration of the failed business amounted to about $2.9 million. And despite all this, Pilot Partners ultimately concluded that taking further measures would not be cost-effective. The outcome is a balance of just over $900,000 which will be used to pay employees their entitlements and then distributed to the rest of the creditors. Pilot Partners will also not pay any claims worth $50 or less due to the administrative costs, meaning only passengers with tickets costing more than about $3,850 will receive anything at all. 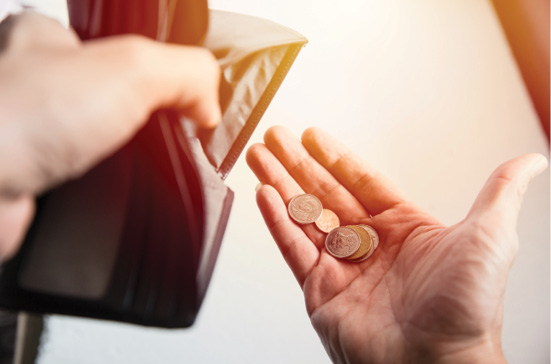 The Public Examinations, conducted in a Brisbane court in 2019, saw many of the players in the collapse testify, including Rachel James and Michael James, who Pilot Partners says may have been acting as a “shadow director” of the business. Also on the stand were the new owners of the company, Robert McVicker Senior and Robert McVicker Junior, who bought Bestjet just six weeks before shutting it down. Testimony included evidence that rather than being a 100% sale of the business as originally claimed, the deal actually included an option for Rachel James to buy most of Bestjet back two years later. The examinations also included several staff from the company’s credit card processor Integrapay, IATA’s local chief Matteo Zanarini and Ram Chhabra from CVFR, which was Bestjet’s ticketing consolidator.

Former employees who were examined also included Craig McKim-Hill and David Lanning, with Pilot Partners noting that about 296,000 documents were produced prior to the cases. Perusing these involved an “extensive of amount of time…to pursue potential recoveries for the benefit of creditors”. The report also detailed legal proceedings in Singapore against Bestjet Singapore, a company owned by the James’. A judgement was handed down by the Federal Court of Australia which formally requested Bestjet Singapore and its bank to produce management accounts and statements — however “neither Bestjet Singapore nor their bank complied with the notices to produce these documents,” the report noted.

In the end, mediation with Bestjet Singapore resulted in a $165,000 confidential settlement, which Pilot Partners said was a positive outcome because it was achieved “in a more cost-effective and timely way than proceeding to trial”.

Despite Pilot Partners now wrapping up its work, the company said its investigations had revealed that Robert McVicker Junior, Rachel James and Michael James “may have breached their director duties and committed offences pursuant to the Act”. A report outlining the offences that may have been committed, along with the available evidence, has been submitted to the Australian Securities and Investments Commission, while Pilot Partners has also reported Michael and Rachel James to ASIC for failing to provide information in relation to the Company’s affairs. “ASIC’s investigations into the matter are ongoing,” the report concluded.