AURORA Expeditions is in the midst of a growth phase, but unlike many rapidly expanding cruise lines, the company will probably stop at three, Managing Director Robert Halfpenny revealed to travelBulletin.

The cruise line has shifted from chartering polar ships to purpose-built newbuilds, with the launch of the first vessel in the series, Greg Mortimer, late last year.

Next in line is Sylvia Earle, which is set to begin operating in October 2021.

“We have tentatively got an option for a third ship that could come into play in October 2022,” Halfpenny told travelBulletin. 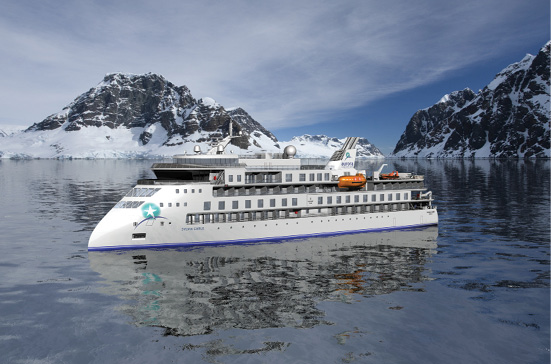 He said the decision on the third ship would likely be made in the next 12 months, but “that’s probably where we would have to stop,” he said.

“When you start getting past three ships, for our model, where you start struggling is repositioning the ships.

“We can’t really do repositioning voyages because that’s not in the core principles of Aurora.

“We go to designated destinations where we do the type of travel and exploration that we do, so we have to do deadheads between those destinations.”

Halfpenny noted that although there’s lots of places to go in between the polar regions, “there’s a lot of sea in between them and our people don’t particularly go on the ship for sea days, they go on it for landings”.

He said the cruise line is looking at a number of new destinations, including Australia, the northeast and northwest passage, Russia and Alaska.

“These ships can go anywhere,” he said.