AUSTRALIA may have begun to welcome back international tourists, but international cruises are still not welcome, after Federal Minister for Health Greg Hunt extended the country’s pandemic emergency measures until April.

Mid last month, Hunt extended the human biosecurity period under the Biosecurity Act 2015 for a further two months to 17 April, which will see the international cruise ban, in place since March 2020, lengthened past two years.

Cruise Lines International Association (CLIA) Managing Director Australasia Joel Katz said it is hoped the extension would be the last before international cruise ships can return to Australia.

“Though the cruise ban has been extended, we can now see hope for thousands of Australians whose livelihoods depend on cruise tourism” Katz said.

Slightly more downbeat was the Australian Cruise Association (ACA), which lamented the decision as “disappointing”.

The ACA said it recognises the new April expiry date will give it time to work with members in port destinations around Australia to help the industry prepare for a phased restart.

In the wake of the disappointment, the NT boosted hopes when it announced it had increased its capacity cap for cruise ships from 150 to 350 guests and crew members. 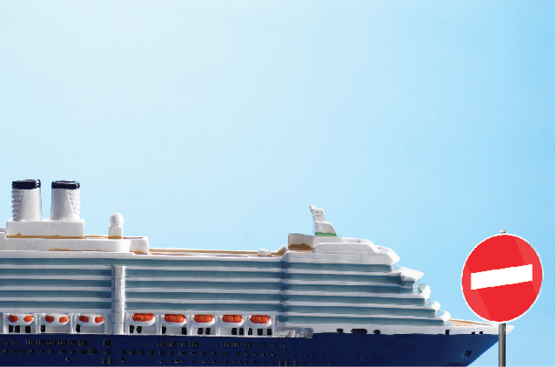 The decision forms part of the staged reopening of the cruise industry in the NT, a commitment it observed as part of a wider National Cabinet push in mid-February.

CLIA’s Katz said of the decision, “the Northern Territory is a key piece of the puzzle when it comes to cruising in Australia, especially for the expedition sector which benefits many remote communities across the north of the country.”

The cruise industry was formerly a key economic driver for the NT, according to the Territory’s Minister for Tourism Natasha Fyles, as it generated an estimated $60 million of annual expenditure pre-COVID.

“This increase to the capacity of crew and passengers on board domestic boutique cruise ships will be a major boost to operators and retailers,” she said.

“We are now calling upon the Australian Government to immediately adjust the declaration under the Biosecurity Act to allow our operations in Australian waters to commence,” she said.