Is the big bird dead?

WITH the announcement of the end of production of the A380 and the last 747s flying their routes, Nick O’Donoghue looks at the future of aircraft.

After decades of service, an icon of the aviation industry is being farewelled with Boeing’s 747 Jumbo jet being phased out.

Qantas has been giving passengers across the Australian continent the opportunity to celebrate the aircraft, by putting the ‘Queen of the Sky’ on short-haul domestic routes in recent weeks.

For a time, bigger seemed to be better when it came to commercial airline travel and Airbus officially joined the race to create a “superjumbo” in the early 1990s, with the development of the A380.

The giant plane was the European manufacturer’s punt that the aviation industry was destined to adopt a hub-and-spoke model, with airlines operating services through mega airports like Dubai, Singapore and Doha.

With a maximum capacity of more than 850 Economy class seats, the flying double-decker seemed to be the ideal mass people carrier for airlines adopting a hub and spoke model linking destinations through a central airport, an approach used by Emirates, Airbus’s biggest A380 client. 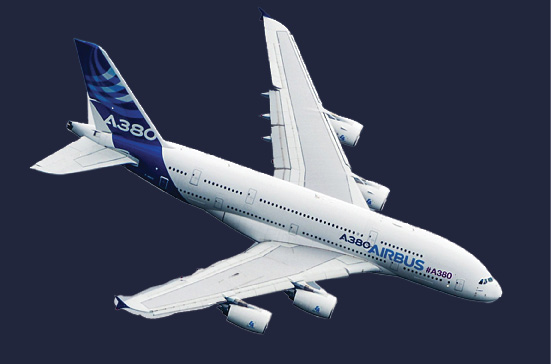 However, the A380’s lengthy gestation, which was plagued with delays, a high price tag (US$446 million), soaring fuel prices and a change in philosophy towards more direct routes serviced by smaller capacity, more fuel-efficient aircraft conspired against the superjumbo, with Airbus announcing it will cease production of the plane in 2021.

By the time the first plane was delivered to Singapore Airlines in October 2007, oil prices had surged to a then-record high of US$69 a barrel, only to reach US$109 in 2012, severely impacting the viability of the aircraft with a capacity for more than 320,000 litres of fuel.

Having dominated long-haul travel for decades with the 747, by the mid-noughties Boeing was rethinking its approach to commercial aviation and after discussions with focus groups the US manufacturer announced plans for a mid-size wide-body jet, dubbed the 7E7.

The development marked a shift away from the hub-and-spoke model Airbus was pursuing with the A380 in favour of a point-to-point travel vision.

The 7E7, later renamed 787 Dreamliner, was designed to be 20% more fuel-efficient than its stablemate, the 767, a feature that proved attractive to airlines focused on mitigating costs as oil priced surged.

In April 2004, All Nippon Airways became Boeing’s first customer for the 787, ordering 50 aircraft, with the airline bringing the first plane into service just over 10 years later.

A further 71 airlines have placed orders for variants of the Dreamliner, with close to 900 of the more than 1,400 orders for the aircraft already being delivered.

The aircraft offers a smaller cabin capacity of between 242 and 330 passengers, depending on the configuration chosen by the carriers, alongside a range of approximately 15,000km, enabling airlines to establish new direct routes.

The 787 has also given airlines the platform to relaunch routes such as Air Canada’s Toronto-New Delhi service that had proven to be unprofitable using larger aircraft including the 747 and Airbus’s A340.

Australian carrier, Qantas, has been a pioneer in pushing the aircraft to its limits trialling a 17-hour Perth-London route in March 2018 — a far cry from the original seven-stop 55-hour (flying time) Kangaroo Route, first flown in 1947.

Qantas has since made the Perth-London route a feature of its international service.

The Flying Kangaroo recently tested the possibility of another mega-route, with the 787 taking a select group of passengers on a record-breaking 14,500km non-stop flight from New York to Sydney, with the goal of assessing the impact the journey would have on flight and cabin crew.

The Dreamliner’s more conventional size compared to the mammoth A380 has also endeared itself to carriers, as it allows them to fly into a broader range of airports — not all of which have the capacity to cater for the giant Airbus.

While Airbus’ hub-and-spoke vision for the aviation industry appears to be little more than a broken dream, the manufacturer has adapted to market forces and moved to mirror Boeing’s smaller more efficient aircraft.

In response to the Dreamliner, Airbus has developed the A350-XWB (extra wide-body), with the aircraft coming into service for the first time with Qatar in January 2015.

The European manufacturer’s ultra-long-range variant of the A350 is now being operated by Singapore Airlines on the world’s longest non-stop commercial route between Singapore and Newark, a whopping 18 hours 30 minutes, while the airline’s 17-hour 50-minute Singapore-Los Angeles services are flown using A350-900 aircraft.

As of February this year, Airbus had received more than 900 orders for A350 planes from 51 clients, with approximately 320 planes delivered to date.