THE coronacrisis claimed a major corporate victim last month when the directors of Virgin Australia were forced to appoint voluntary administrators, having unsuccessfully sought Federal Government intervention in the form of a $1.4 billion loan and been unable to access additional capital from the airline’s existing shareholders.

The move came after the airline’s shares had been suspended from trading for several days, as the Virgin Australia team undertook ongoing discussions relating to financial assistance and restructuring alternatives. Ultimately those discussions were unfruitful, with the Board appointing Vaughan Strawbridge, John Greig, Sal Algeri and Richard Hughes of Deloitte as voluntary administrators of the company. The appointment covered the entities operating Virgin Australia and Tigerair Australia’s international and domestic services — but interestingly excluded the Velocity Frequent Flyer business which, while 100% owned by the group, was not placed into administration. 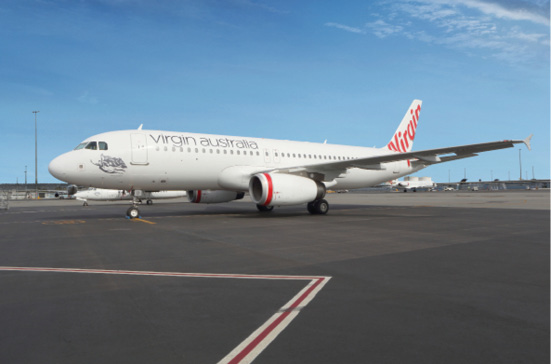 Virgin Australia had already closed down almost all of its operations, reducing its domestic services to just six weekly flights between Sydney and Melbourne. In the days prior to the appointment of administrators, the Federal Government had also announced a $165 million initiative to support the operations of a minimum domestic network, with both Qantas and Virgin Australia participating. This allowed VA to recommence services on 64 routes, and the carrier also continued its Goverment-backed charter work to repatriate Australians stranded abroad due to COVID-19 border closures and flight shutdowns.

It’s hoped that a restructuring of Virgin will allow it to re-emerge in a stronger, more viable form. The airline has been weighed down by about $5 billion in debt, and while competing strongly in the domestic market had struggled to turn a profit for many years.

The administrators confirmed that operations would continue under Virgin Australia CEO Paul Scurrah and his management team, and that their intention was to “undertake a process to restructure and refinance the business, and bring it out of administration as soon as possible”.

In the lead-up to the appointment of the administrators Virgin had been running a concerted campaign warning of the dangers of a monopoly should it cease operating, and Scurrah continued the rhetoric in the confirmation announcement. “Australia needs a second airline and we are determined to keep flying,” he said. “Virgin Australia will play a vital role in getting the Australian economy back on its feet after the COVID-19 pandemic by ensuring the company has access to competitive and high-quality air travel,” he promised.