The freshest river ships in 2018

River cruise ships are once again reappearing on the shores of European waterways as the 2018 northern summer river cruise season gets underway. As cruising’s popularity continues to grow, the industry has responded by providing a number of fresh vessels to choose from this year — and they’re not just in Europe. Jasmine O’Donoghue rounds up some of the newest river cruise vessels to grace waterways around the world this year.

The newest addition to the AmaWaterways fleet, AmaLea, set sail on her inaugural journey from Amsterdam in March. The 156-passenger vessel began her Danube itineraries this month, sailing between Vilshofen and Budapest and will close her inaugural season with four Christmas markets cruises on the Danube.

AmaLea is a sister ship to AmaKristina, AmaStella and AmaViola, and features triple occupancy staterooms and a twin-balcony in most staterooms. The vessel offers a heated sun deck pool with swim-up bar, hair and massage salons, a fitness centre, complimentary wi-fi, a fleet of bicycles carried on board and multiple dining venues, including The Chef’s Table specialty restaurant with a wine-paired tasting menu. 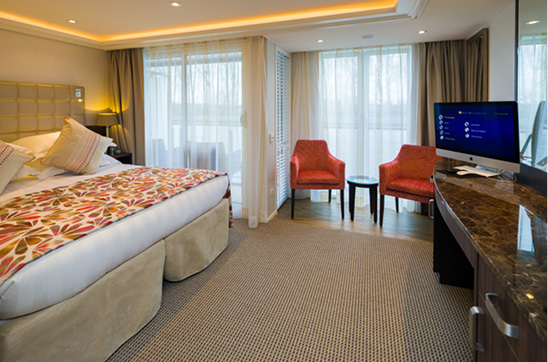 American Cruise Lines is introducing a series of five contemporary riverboats, with the first to begin sailing this year. American Song will be an 184-passenger vessel and the first modern riverboat in US history. It will operate Mississippi River itineraries, starting with its inaugural eight-day Lower Mississippi Cruise-New Orleans to Memphis, departing on 6 October.

American Song is designed to offer views throughout the ship, from a four-story glass atrium through to six spacious lounges. It is being promoted as offering the largest staterooms in the industry, with 83.6m Grand Suites providing a wraparound private balcony. Next year American Cruise Lines is set to introduce a sister ship to American Song called American Harmony and will then reposition Song to the Columbia and Snake rivers for 2019. 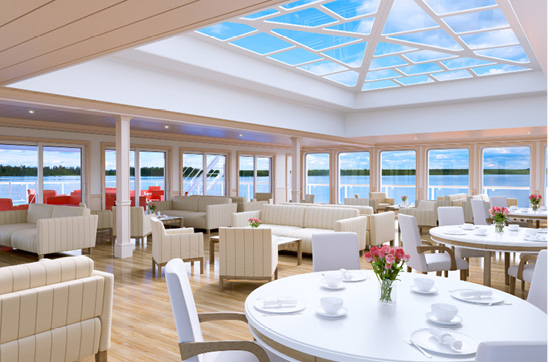 The all-suite Avalon Saigon will begin sailing along the Mekong River from Ho Chi Minh City to Phnom Penh (and vice versa) in September. The 36-passenger vessel has been designed to maintain the colonial charm fitting to its surroundings of Vietnam and Cambodia, combined with the modern features that travellers expect. Despite its small capacity, Avalon Saigon will be 60m long, offering spacious public areas including the air-conditioned Panorama Lounge and open-air observation lounge. It will also feature an open seating restaurant, fitness equipment and a library. 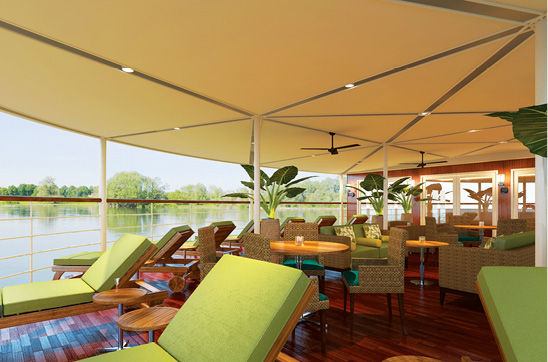 Viking Cruises is introducing two new ships in 2018, with Viking Ra sailing in Egypt and Viking Herja to debut in Europe. The all-suite Viking Ra carries 52 guests on the Nile and offers a 12-day Pharaohs & Pyramids itinerary. Its features include a pool and two jacuzzis, a sun deck, lounge and bar and laundry service. In Europe, Viking Herja will sail an eight-day Rhine Getaway itinerary from Amsterdam to Basel and a 10-day Tulips & Windmills roundtrip from Amsterdam. The ship will be a Viking longship, and therefore its features will offer 95 staterooms, a sun deck, Aquavit Terrace, Observation Lounge and bar and a library. 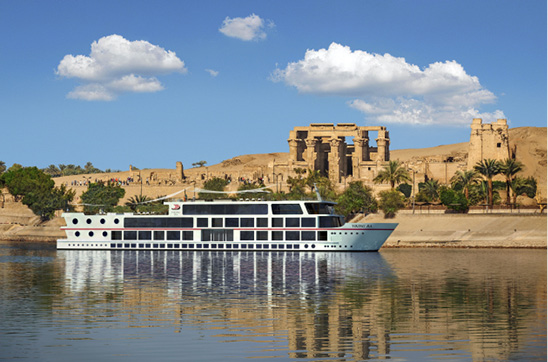 The A and The B

The new youth-focussed brand from Uniworld Boutique River Cruise Collection, U by Uniworld, made its debut last month, with its ships The A and The B. The A has made her home on the Rhine, Main and Danube rivers, flowing through the Netherlands and Central Europe, while The B cruises down France’s Seine river, both offering seven-night itineraries.

The former Uniworld Boutique River Cruise Collection vessels have been completely refurbished, with The A offering a “sleek and sophisticated” design, while The B has Parisian style. On the top deck, both ships feature a rooftop lounge and an Ice Bar with hydraulic walls which can be lowered to fit under bridges. The Ice Bar is home to cocktails, craft beers and silent discos. The U Lounge is touted as the main hub of the ship, where guests can meet up with friends, stop by for a drink or take part in mixology and painting classes. U by Uniworld cruises include two meals a day at the onboard restaurant Dine and the vessels are also equipped with a spa, gym and laundry. 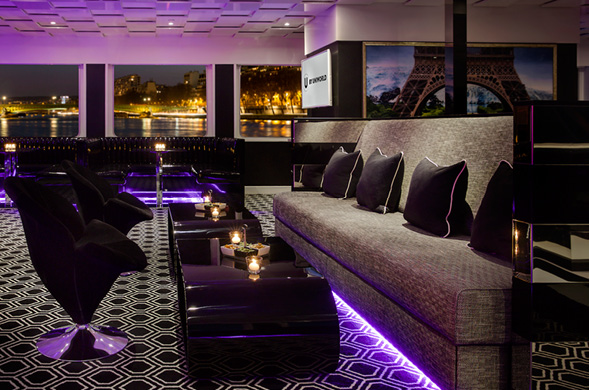 Crystal Cruises has brought its fleet of river ships to five, with the launch of Crystal Debussy and Crystal Ravel. Crystal Debussy debuted in April and sails seven- and 10-day itineraries between Amsterdam and Basel along the Rhine and Moselle rivers, visiting Switzerland, Germany, Netherlands and Belgium. Crystal Ravel begins sailing on 10 May with her maiden voyage from Basel to Vienna, and will offer cruises along the Rhine, Danube, Main and Moselle rivers stopping by Austria, Hungary, Germany, Switzerland and Slovakia.

Crystal’s new 106-guest river ships are all-suite, all-butler vessels with every room located above the water line. Multiple open-seating eateries on board include Waterside Restaurant, Bistro cafe and the Palm Court for entertainment, presentations and views. 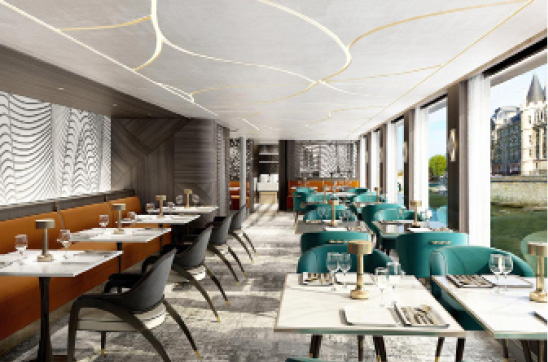