The resurgence of COVID-19 in New Zealand this week has come as a major shock which should have authorities rethinking their strategies to combat this modern-day plague. After more than 100 days of zero community-acquired cases of coronavirus, four citizens of Auckland were diagnosed with the disease – the first being a person in their 50s with no history of overseas travel.

As with previous outbreaks extensive testing of his/her close contacts was then quickly undertaken, with three family members also found to be infected – one of whom had travelled to Rotorua over the weekend, prompting further fears of a spread of the disease. NZ Prime Minister Jacinda Ardern, whose exceptionally strict lockdowns earlier in the pandemic had been hailed as leading the fight against COVID-19, has once again imposed widespread restrictions as a “precautionary approach”.

Gatherings of more than 10 people in Auckland have been banned, with people told to stay home from work and school while aged care facilities have closed their doors to everyone but staff and essential deliveries. Widespread testing is planned amid extensive contact tracing to determine the source of the infection – and all this is happening amid what had been seen as the first green shoots of recovery for the country’s battered economy.

The most troubling thing about the new outbreak is that no source has been identified. This must mean that the infection has stayed in the community undetected for more than three months, presumably circulating in asymptomatic people.

Despite the exceptionally strict lockdowns and border closures, COVID-19 has not been eradicated from New Zealand – and surely that must put paid to any notions of coronavirus-free travel bubbles anywhere in the world.

Interestingly, at the same time as these dramas were unfolding across the Tasman, reports emerged from the UK where COVID-19 seems to be relatively under control. After a huge peak which saw hospitals treating about 17,000 people per day in April, there are now closer to 700 COVID-19 patients hospitalised across the country – despite the easing of restrictions which have seen pubs and restaurants reopen. Deaths have also declined significantly and the daily mortality rate in Britain is now lower than that in Victoria.

Oxford University researchers are postulating that the UK may have reached a “sufficient level of herd immunity to prevent a second wave of COVID-19” – particularly because many people may have had coronavirus without even knowing it because they did not develop symptoms. One doctor said a range of factors could have contributed to the decline in hospitalisations, including the unfortunate fact that those most vulnerable to the disease were infected very early on in March and April this year. There is also speculation that the virus may have mutated to become less virulent. 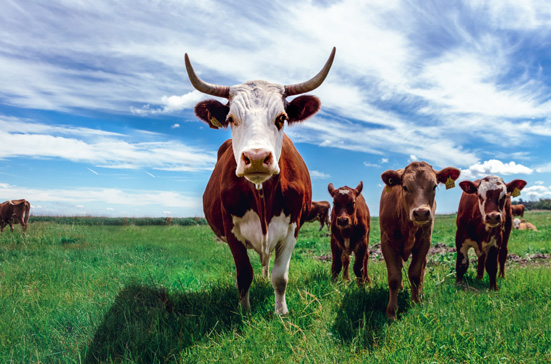 Whatever the reason, the current approach to almost eradicate the disease in New Zealand and some states and territories of Australia is unlikely to have the same effect. With COVID-19 clearly still present in the NZ community despite the country’s economy being totally wrecked, perhaps it’s time to acknowledge that we are just going to have to live with this unfortunate fact of life and come to terms with some sort of co-existence.

Unfortunately politics is also adding complexity to the situation. Strict border closures and lockdown measures have seen a surge in popularity for those politicians seen to be particularly tough on COVID-19 – and there is a curious correlation between jurisdictions imposing the hardest measures and the timing of their upcoming elections. Ardern is facing the NZ polls in the middle of September – although the new outbreak this week saw the postponement of a key sitting to formally dissolve Parliament so the election can take place. Closer to home WA Premier Mark McGowan is riding high on a 90% popularity rating amid his hard border lockdowns, with an election in the offing in March 2021. And we were also this week faced with the sensational suggestion by NT Chief Minister Michael Gunner that the Territory may be closed to residents of NSW and Victoria for 18 months – coincidentally coming less than two weeks before he faces the judgement of the public in the 22 August NT election.

When COVID-19 first hit, we all thought this would last a few months and there was widespread acceptance that the measures imposed were necessary to “flatten the curve”. Clearly in Australia and New Zealand we have managed to do that – so now that our medical systems are able to cope with a rise in cases it is time to clarify our approach and make sure it’s based on containment of COVID-19, not eradication. I’m not advocating the relaxation of any of the safe travel protocols that the industry is putting together – clearly we must continue to suppress the spread of COVID-19, and measures like social distancing and increased hygiene have been and will continue to be effective. But let’s hope the current trend of declining COVID-19 hospital admissions in the UK continues and becomes a model for the rest of the world, allowing borders to open and the “new normal” to come into existence as soon as possible.