Preparing for the smoke to clear

THE devastating bushfires across Australia in recent weeks have hit tourism hard, with visitors cancelling bookings at what is usually the busiest time of the year. Images of the catastrophe have led news bulletins across the globe, creating the impression that the entire nation is burning. While authorities continue to deal with the immediate impact of the fires, experts are still unsure as to what the long-term impact on the Australian tourism industry may be. Adam Bishop investigates.

THE devastating bushfires across Australia in recent weeks have hit tourism hard, with visitors cancelling bookings at what is usually the busiest time of the year. Images of the catastrophe have led news bulletins across the globe, creating the impression that the entire nation is burning. While authorities continue to deal with the immediate impact of the fires, experts are still unsure as to what the long-term impact on the Australian tourism industry may be. Adam Bishop investigates.

Beyond the colossal human and environmental tragedy that Australia’s recent bushfire crisis has inflicted on the country, there will also be a hefty economic price to pay for the travel and tourism industry long after the final flames have been extinguished.

The Australian Tourism Industry Council anticipates the financial impact will register in the hundreds of millions of dollars, with the repercussions to be felt at every level of the sector, from a predicted downturn in international and domestic visitation, to large-scale costs associated with rebuilding key tourist infrastructure.

To date, the climbing damage report includes the loss of the Southern Ocean Lodge and Vivonne Bay Lodge on Kangaroo Island, an estimated one-third of the renowned Adelaide Hills wine region in South Australia, more than 900,000 hectares of the popular camping/caravan region of East Gippsland in Victoria, as well as devastation in the popular NSW tourist towns of Batemans Bay and Mogo, to name just a few.

While the full extent of the destruction is still being calculated and the road to full recovery likely to take many months, one agenda point remains clear — the direction for such a road must be forged immediately by all stakeholders if the travel industry is to successfully mitigate the massive economic fallout.

From a Government perspective, tourism messaging will play a crucial role in the restoration process, especially given the need to combat the perception overseas that Australia is currently a ‘no-go zone’, despite the vast majority of the country’s tourist attractions remaining unaffected by the fires.

Exacerbating this perception has been the saturation of bushfire coverage across all forms of news media overseas, with major source markets inundated with often raw and confronting imagery beamed directly from the frontline of the disaster.

In marketing terms, the scores of photos and videos depicting badly injured koalas circulating online have dealt a particularly destructive blow to the country’s image, serving as a shocking symbolic disincentive for prospective tourists to visit our shores, as arguably Australia’s most ‘welcoming’ faunal inhabitant faces its own existential threat.

Managing Director for the AAT Kings Group, Matt Cameron-Smith, told travelBulletin that it was not just the scale of the coverage that is doing Australia’s tourism industry damage, but the highly dubious nature of reporting by a number of media outlets overseas.

“There have been fake maps circulating in the United Kingdom and the United States showing Cairns and Darwin all ablaze and it hasn’t helped,” Cameron-Smith lamented.

“A lot of that misinformation was especially evident in the international markets, the sensationalised reports in the United States has been number one and that’s where we have seen the biggest impact,” he added.

While Australia’s current plight is clearly a newsworthy moment for the world, particularly with the global conversation around climate change at fever pitch, it is equally important that the country’s tourism industry is able to temper this distorted media perception with the reality that most of Australia remains very much open for business. 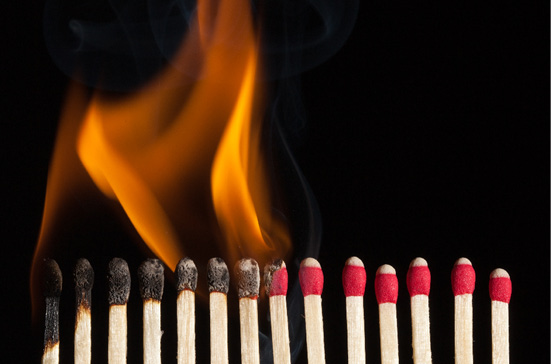 Echoing this concern is Federal Tourism Minister Simon Birmingham, who has been active in conveying the sentiment that fire-affected regions “desperately need visitors” in order to hasten their recovery.

“That is a very important message that we’re trying to get out to people…where the warnings are not suggesting that people should stay away, then we’d encourage people to still follow through on their travel plans wherever they possibly can because these communities will only have the harm compounded if people simply stay away.

“In Kangaroo Island, yes, there’s widespread damage, but also so much of the island is still accessible, so many of the tourist attractions like Seal Bay that people have gone to for so many years to go and enjoy, all that wildlife is still there, that scenery is still there…and most of the accommodation beds on Kangaroo Island are untouched by the fires,” the Minister added.

The steep challenges faced by the inbound tourism sector were also compounded by the United States, Australia’s third largest source market behind New Zealand and China, when it decided to update its level of advisory to Level Two, encouraging its citizens to “exercise increased caution” and warning that fires could burn for as long as April.

The US Department of State recommended its travellers “consider postponing” any planned trips Down Under, citing poor air quality as its primary concern.

This decision immediately drew the ire of both sides of politics in Australia, sparking a rare moment of bipartisan agreement, the results of which ultimately persuaded the US to reverse its decision — but no doubt to some degree the reputational damage to the country’s tourism image had already been done.

Federal opposition leader Anthony Albanese did not mince his words when the warning was initially upgraded, labelling the escalation “very inappropriate”.

“To put it on the same level as countries that are very dangerous to travel to is in my view very inappropriate indeed, we need people to keep coming to Australia,” an infuriated Albanese scorned.

But the balancing act of projecting this message is not always as straightforward as it seems, evidenced by Tourism Australia’s (TA) decision to temporarily halt its much hyped Matesong campaign in the United Kingdom last month.

The $15 million extravaganza featuring the star power of Aussie expats Kylie Minogue and Adam Hills was likely paused for a combination of reasons, partly on sensitivity grounds, but also because Australia may not have wanted its big budget marketing showpiece to be drowned out by, or conflated with, the dreadful images produced by the fire emergency in the minds’ of British travellers.

But despite the seemingly ceaseless stream of grim imagery from the fire-front, the Australian travel industry has shown plenty of stoicism and generosity in the face of the unfolding emergency. 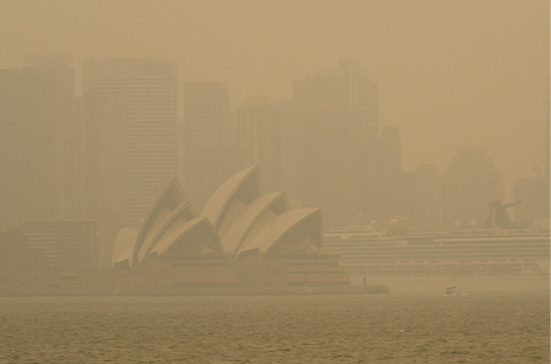 Support for the travel sector has extended well beyond monetary commitments alone, with major industry bodies also playing a pivotal role in responding to the disaster and collaborating on what strategies are needed to help speed up the recovery.

Tourism Australia in particular has been commended by many industry stakeholders for how it has ardently taken on the misinformation campaign overseas, peppering source markets with media alerts that have updated travellers on the reality of the bushfire situation, accompanied by the introduction of new resources on Australia.com, which have provided ongoing status updates of the situation on the ground.

The Australian Federation of Travel Agents (AFTA) was also quick in reaching out to its members who had been impacted by the fires, urging those businesses to contact them directly via a dedicated email address ([email protected]).

AFTA Chief Executive Jayson Westbury said that it was important for the organisation to engage in a fact-finding mission with its members in order to facilitate the most fruitful discussions with Government.

“It is difficult to determine what should be done from an industry perspective until the scope of challenges are known,” he said.

“Your Federation is taking the situation very seriously, and will continue to engage at both a State and Federal level to help support the country as the fire recovery begins,” Westbury added.

Cruise Lines International Association (CLIA) Australasia has been vocal in projecting the message overseas that the cruise sector remains open for business.

“To date, five cruise itineraries have had minor adjustments to avoid ports in areas that have been impacted by fire,” CLIA Australasia Managing Director Joel Katz said in a statement to overseas media.

“Of the approximately 50 cruise ports in Australia, only two regional destination have been affected…and cruise lines have made it clear they want to return to those ports as soon as possible to help support local businesses and assist in their recovery,”

Kangaroo Island has already started to see a return to normality, welcoming Princess Cruises’ Sun Princess to the island port of Penneshaw on 20 January, a moment described by Katz as a “major milestone on the island’s path to economic recovery”.

But the spirit of resilience hasn’t been limited to the players within the travel industry either, with the Australian public also coming to the aid of the sector, most notably through the launch of the Empty Esky social media campaign. The marketing push is encouraging Aussies to travel to bushfire affected areas across the country with an empty esky in tow, giving the local businesses a much-needed cash injection by stocking up on the area’s local produce.

But undoubtedly the most important response has been from the Australian Government, which recently announced a massive $76 million bushfire recovery package to help the industry get back on its feet.

Describing the disaster as the tourism industry’s “biggest challenge in living memory”, Prime Minister Scott Morrison said the funding package represented an “urgent” injection of funds for hotels, restaurants and tour operators to recover from the swathe of cancellations brought on by the fires.

“This is make or break for many businesses and tourist hot spots and not just in those directly hit by the bushfires,” the Prime Minister said.

The funding package has allocated $20 million for marketing to domestic travellers, $25 million towards a global tourism campaign, $10 million to create new tourist attractions in bushfire affected regions, as well as $9.5 million to attract foreign media to Australia on famil programs, so that the international community can see first-hand that the country’s major tourist attractions are largely unaffected by the bushfires.

While the latest funding package from the Federal Government is significant and will no doubt prove to be a much-needed shot in the arm for the industry, the big question remains: how long will it take for the tourism sector to fully recover from this crisis?

For AAT Kings’ MD Cameron-Smith, much of that answer depends on what happens in the short-term future.

“Momentum in any tourism business is probably the most precious commodity, it is easy to lose, and it is very hard to restart,” he said.

“The momentum in booking pace, in perception, in that pipeline or lead funnel will all be about a sense of urgency to get that message out to markets to say ‘we are a resilient nation, we are a resilient industry, but we need your help and the best way to help is to come and visit us'”.