AUSTRALIA’S early colonial history is deeply intertwined with Ireland and there are few places where visitors can get an understanding of who the early settlers were more than at Dublin’s Kilmainham Gaol.

The prison-turned-museum was home to countless inmates who would go on to be transported to Australian prison colonies in NSW and Tasmania, with guided tours offering the opportunity to find out more about those who were sentenced to life in Australia. Prisoners’ offences ranged from seemingly petty thefts to serious and sinister crimes of rape and murder. 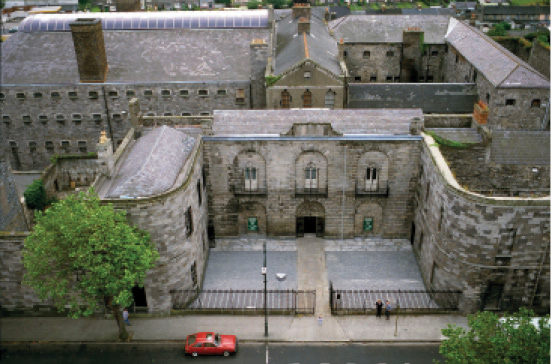 Beyond the Gaol’s role as a transportation processing site for troublemakers, it became a focal point for Irish nationalism, with leaders of rebellions — including the 1916 Easter Rising — being detained there.

Visitors can take guided tours through the prison museum, which contains close to 10,000 pieces relating to detainees and gaol guards, often linked to Ireland’s political and penal history.

Guests can also experience the cramped conditions of the cells that once housed some of the country’s leading political figures, before going into the prison yard where all but two of the Easter Rising leaders (Eamonn DeValera and Constance Markievicz) were executed, with trade unionist, James Connolly, facing the firing squad while seated, having been injured during the rebellion.