THE Australian travel trade are very much in the sights of Norway-headquartered cruise line Hurtigruten, with the company’s Managing Director, APAC Damian Perry telling travelBulletin the line had recently made a number of key local appointments and B2B technology investments in a bid to boost its focus on agents.

Formally opening a dedicated Australian office in Melbourne back in March, Hurtigruten undertook a slew of appointments at the time, including Joel Victoria as Head of Marketing, Darren Wakefield as Inside Sales Manager, and Justine Costigan taking on the role of PR and Communications Lead.

But adding even further trade sales expertise to the team was the additional appointment of Steve Hona last month, who joined the company as its new Sales Director, Australia and New Zealand.

Perry believes Hona provides a “fresh set of eyes” on the way cruise line has traditionally engaged with the Aussie trade. 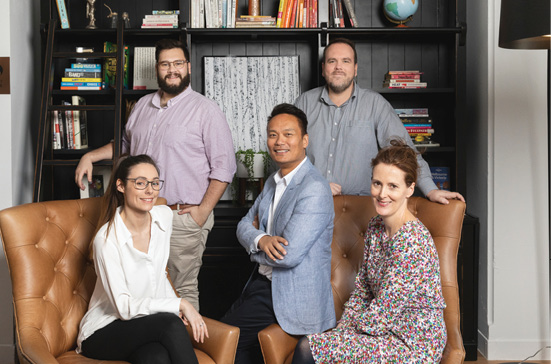 The Hurtigruten Australian office began with (back row) Sam Manga, Darren Wakefield, and (front row) Carissa Crammond, Joel Victoria and Justine Costigan and has now expanded to include Steve Hona and Alexandra Morton (not pictured), with another member due to join the team in January next year.

“Hurtigruten has been in the Australian market for many, many years and people in the trade specifically know of Hurtigruten and really love what we do, but Steve can really enhance that relationship and make sure we become the best in the business in this space,” he added.

Hurtigruten is also readying for its ramp up in trade focus by further bolstering its account management ranks, with Alexandra Morton recently joining as Key Account Manager and another team member due to join in a similar capacity in January.

On another key front, Perry believes that Hurtigruten is about to push the boundaries of online B2B technology, with plans afoot to roll out a brand new agent tool to the Australian market from the first quarter of 2020.

“Over the last six to eight months, what we’ve been doing is research and development in different markets so that we can get ready to drop it live into the Australia market,” Perry said.

“The new tool will allow any travel agent to manage, book, report, and do everything they need to do to manage their own business, which will be fantastic.”

“The tool will also have all of our product in there, it will have all of their agency information, we’ve got a very basic tool at the moment, this new tool is really a matured solution and all the research we have done, which we continued to do in the development stages, has been overwhelmingly positive about the fact that this is going to solve all of the problems for travel agents, make it easier to book, easier to manage, all at your fingertips,” he added. 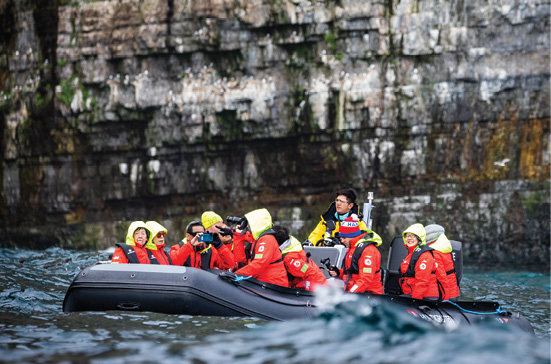 Once only known for their Norway cruises, Hurtigruten has seen growth in Australia from its expedition range.

The additional trade focus moving forward is expected to cement Hurtigruten’s ongoing traction in the market, with Perry noting the brand had performed “very well” over the last 12 months.

“We’ve had consistent growth throughout the year, and this has been quite broad growth, historically Hurtigruten has been known for cruises of Norway, but right now we are moving to a stage where we have as much capacity on our expedition program worldwide as we have in Norway — as a result we have seen some fantastic growth in Australia from our expedition range,” Perry said.