WITH many thousands of years of rich history, including some periods where countries were less than friendly to each other, it’s little wonder that Europe is the home of some very famous walls.

Stretching from coast to coast across northern England, Hadrian’s Wall offers plenty of chances for visitors to get up close to the UK’s ancient history. The UNESCO World Heritage Site was built in the second century under Emperor Hadrian and was designed to defend the north-west frontier of the Roman Empire. There are forts, towers, turrets and towns all along the wall, along with museums which display Roman artefacts and give visitors the chance to see what life was like for men, women and children living at the edge of Roman Britain. In all there are twenty specific sites where you can interact with the wall, but travellers wanting to experience more can hike different portions (or all of it). Some of the best spots to visit Hadrian’s Wall are Housesteads, the most complete Roman fort in Britain, and Corbridge, which was a bustling town and supply base for Roman soldiers and civilians. 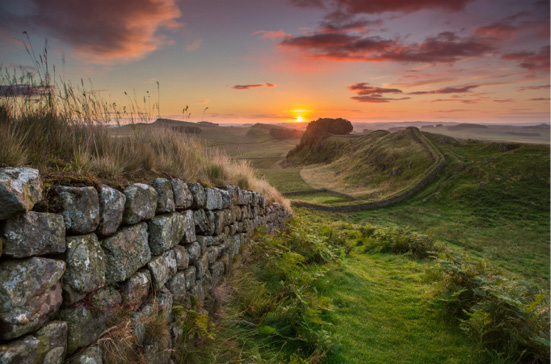 Although very similar to the famous walls surrounding nearby Dubrovnik, the walls surrounding Ston and its smaller neighbour Mali Ston are actually far more impressive. Twice as long as Dubrovnik’s walls, the five-kilometre circuit surrounds the two towns completely and make up the longest fortress system in Europe and second longest in the world (after the Great Wall of China). The Walls of Ston were built in the 19th century to protect from the invading Ottoman empire and feature forty defensive towers and a hillside fortress which looms over the town below. The walls range between five and ten metres tall and travellers can hike around the whole fortification for 70 kuna (AU$15). Ston is about 60km or an hour’s drive from Dubrovnik. 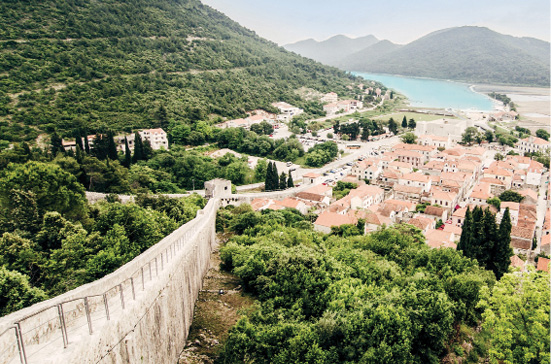 A list of famous walls in Europe wouldn’t be complete without mentioning the Berlin Wall, a momentous symbol of the Cold War. The Berlin Wall was built in 1961 by the Communist government of the German Democratic Republic (East Germany) and divided East Berlin from West Berlin, enclosing all of the part of city belonging to the Allies. Supposedly the wall was designed to keep Western ‘fascists’ from entering East Germany but in reality the wall served to slow the mass defections of citizens from East to West. The wall eventually came down in 1989, though sections of it remain as a memorial. Visitors to Berlin can see the longest surviving section of the wall at the East Side Gallery, as well as visiting Checkpoint Charlie and other key Cold War sites around the city. 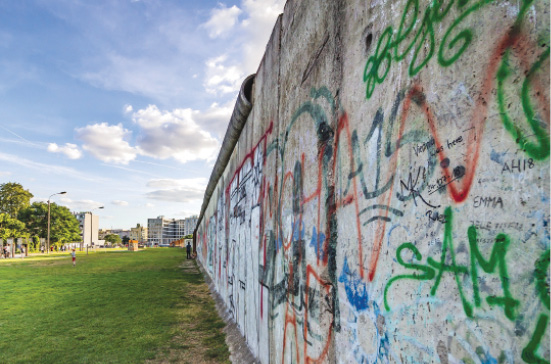 Built by Herod the Great in 19 BC, the Western Wall was once part of Jerusalem’s Jewish temple which was torn down by the Romans in 70 AD. The wall, also known as the ‘Wailing Wall’ is the most religious site in the world for Jewish people, with thousands from all over the world visiting the wall each year to pray. The limestone wall used to be a lot less visible, but in 1967, archaeologists excavated down, exposing two more levels and cleared an area around it to create the Western Wall Plaza that travellers will see when they visit today. The Western Wall is free to visit, with different sections for men and women to pray at. Visitors can also see more of the site in a tour which explores layers of wall underground. 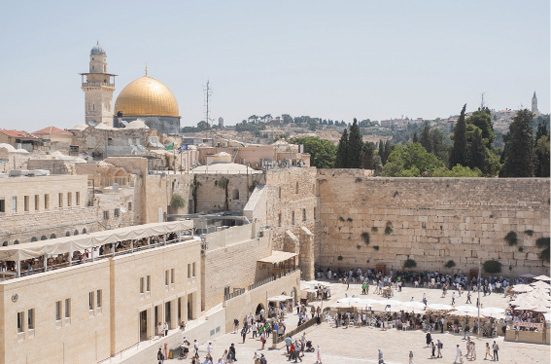